Yen Le Espiritu’s work Body Counts: The Vietnam War And Militarized Refuge(es) is an account of the American intervention in the Vietnam War and it’s ongoing consequences even after the “end” of the war in 1975. The Vietnam War has been seen as an American tragedy, but what about the millions of victimized Vietnamese? In Body Counts, Espiritu presents the case of what she terms the militarized refuge(es), a combination of refuge and refugee. Her study of this group of displaced people examines how the American intervention itself caused the diaspora of Vietnamese life. In addition, Espiritu offers a different perspective on the Vietnam War than what was taught and shown in books and films. She criticizes the popular opinion and narrative of the Vietnam War and instead retells the events and happenings of the Vietnam War through another lens and perspective, this time not of the U.S and Americans but through the eyes of the Vietnamese refugees affected by the Vietnam War.
Espiritu sums up her points into the effects of American intervention, Vietnamese refugee life in the United States, and the remembering of the war. At the time of the war, America was in an all out battle against communism. America wanted to present itself as a freedom fighting country willing to do what it takes to help people in “despair”. In doing so the effects America had in the war took its tolls on the Vietnamese people and their country. At a certain point American soldiers couldn’t distinguish who was the enemy so they killed anyone they deemed dangerous coining the term “body counts”. Anyone killed by an American soldier whether it was a civilian, child, or solider was considered a military kill. Even after leaving the war, America still deemed the Vietnam War as a “good war” using Vietnamese refugees in America as some sort of symbol to say that without the American help these people would still be in Vietnam living a oppressed life. As Espiritu continually states throughout the book, many times there is focus on the refugees and how they should consider themselves lucky because they were rescued from the U.S. military and not on the events and happenings enacted by the U.S. government and military that caused these individuals to become refugees in the first place.
Espiritu introduces us to the two narratives that are commonly shared so that the image of the U.S. as “liberators” and “heroes” of the Vietnam War will be maintained and supported. By comparing and contrasting Vietnam to the U.S., American soldiers fighting in the Vietnam War were seen as innocent and beloved who, although was suffering in the war, went there for the purpose of fighting for democracy and freedom which only then added onto the image of the “Good Warrior” that was given to them. They were “Good Warriors” by entering a war abroad to fight for the same ideals and values that the U.S. was known for and for saving Vietnamese refugees who would have died had it not been for them, except when the real underlying reasons the U.S. participated in the Vietnam War was not to spread freedom and democracy but “to secure their geopolitical hegemony in Southeast Asia, and by extension, in Asia” - a fact that was glossed over with freedom and democracy (Espiritu 92). Democracy and freedom were just some of the excuses used to distract the world from the devastation and horror that the United States were causing from getting involved in the Vietnam War. The U.S. also continues to push forth its image of innocence and saviors of the Vietnam War by using the Vietnamese refugees who had resettled in the United States as examples. The Vietnamese refugees that the American soldiers saved in the Vietnam War are now successful in the United States and it was only possibly due to these “Good Warriors” that they were able to. Due to their ability to assimilate into American society and culture, Vietnamese refugees were seen as the new “model minority.” However, that wasn’t the case for many Vietnamese refugees at all as many first generation Vietnamese parents worked secondary sector jobs with low pay and job insecurity. With Vietnamese refugees being seen as the new “Model Minority”, it reinforced the idea that they are “Good Refugees” and that the American soldiers who saved these refugees were “Good Warriors.”

Espiritu’s work looks to connect the past with the present. The Vietnam War is seen as an American tragedy, yet where is the story of the Vietnamese people who suffered from displacement, disease, poverty and the xenophobia in America once they had migrated? The “good war” was meant to fight against communism and oppression right? Yet American militarized agendas had sought to establish a presence in Southeast Asia just like in the Philippines and Guam. To say that America was really trying to look out for themselves would cause an outcry. Instead of focusing on what the war was really about, I believe Espiritu wants to point out that the Vietnamese people even today are still suffering from the repercussions of the war. There are many detrimental effects that evolved from the Vietnam War, such as the inability to claim their identity for the Vietnamese Americans or many Vietnamese refugees refusing to speak about their experiences in the Vietnam War due to the trauma and pain that they so long wish to forget. For many of the younger generation, their parent’s silence in the forms of anger, anxiety, sobbing, and refusal of bringing up their past told them more than they thought. For many of these refugees, the Vietnam War did not end in 1975 and the memories and horror that they saw in those years still carry on with them to this day wherever they go. While reading Espiritu’s work many thoughts came to mind. 1) Why is that even today from my own personal experience is the Vietnam War deemed just an American tragedy? 2) Where is the history of the Vietnamese people and their diaspora? 3) To what extent have Vietnamese refugees and their family experienced success or no success? In addition, there are many films and books about the Vietnam War that makes the U.S. sound like the good guy in all of this. If the U.S. wants to maintain this image, why don’t they write about it in history books and teach it students in school as it would make it easier for students to believe the U.S.’s side of the story and eventually persuade many to believe that the U.S.’s involvement in the Vietnam War was a positive thing, not a bad thing? If the U.S. wants to believe that they did good by being in the Vietnam War, then wouldn’t teaching in history books and classes be a much faster and easier job to get people to do that? There aren’t many details about the Vietnam War provided in school although the war is probably the war with the most films and documentaries. It seems like a mystery to me that they don’t teach about the Vietnam War in school but still want to promote the good effects that came about because of their involvement. We asked these questions because for us we have never truly learned any Vietnamese history of their people or their war because the war was just as much about the Vietnamese people as it is portrayed about the American people. 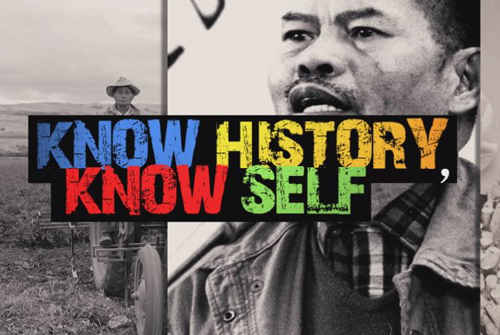 The past brings up issues that are still much relevant in the present. Xenophobia and the fear of another group of people is a huge and controversial topic today. With Syrian refugees not only an issue in America, but also many European nations there has to be an address of how to deal with refugees and the mass hysteria that follows with it. Terrorism has been all over the news creating opinions anywhere from banning all refugees to allowing more in even after all these tragic events that have come up. We believe that even today all these events are still somewhat considered an “American tragedy” even when they do not affect the country directly. A lot of misinformation gets passed around and a collective effort must be taken to avoid mistakes that could be made leading to more harm. Espiritu’s argument from what we see is the establishment of the “good refugee” as a symbol. More than just a symbol for freedom and anti-communism for America, but as a symbol for Vietnam to connect its past history to the present. Without American intervention these people would still be living in a backwards country where there are no opportunities is some sort of justification of a just war. With current events, the Vietnam War is still an important reference point in American history, but there still needs to be an effort to also establish that it was more than just an American Tragedy. Furthermore, Espiritu’s Body Counts supports the idea that it is important to know the history, background, past, and culture behind one’s identity and people. There’s little to no documentation provided about the refugees who suffered in and from the Vietnam War and as Espiritu states, it’s because they’re silenced and overpowered by the U.S.’s side of the story. If we don’t ask about these refugee experiences from our parents and grandparents, the false image that the U.S. continues to promote as victors, saviors, and good warriors of the Vietnam War will eventually triumph when that isn’t the truth and eventually everything that we have learned about the Vietnam War will fade and gravitate away. In order to learn in the present, we have to learn from the past and as Espiritu acknowledged, the Vietnam War never ended in 1975. It might have occurred during that time, but the memories and effects from the Vietnam War still carries into the present, affecting not only the older generation but even the younger generation who can only create memories of the Vietnam War through the stories told by our parents and grandparents and other testimonies and accounts. It’s important to share and hear about these stories and to learn about the more unpopular sides to stories that aren’t taught in school or promoted by society. It’s only when we learn about our history and the past that we can learn more about ourselves and the present.