Swallows Who Bring the Spring - Moving Beyond Human-Made Borders

Radicals on the Road: Internationalism, Orientalism, and Feminism during the Vietnam Era
by Judy Tzu-Chun Wu
Book Review by Heather Nguyen and Tiffany Monica Louie

In Radicals on the Road, Judy Tzu-Chun Wu spotlights international activists during the Vietnam War era, who challenged U.S. imperialism and shaped “identity-based liberation movements” and U.S. “international diplomacy,” refined by their complex and intersecting ethnic, racial, gender, and religious backgrounds (Wu, 2013, p. 8). Together, their identities complemented each other, expanding the accessibility of their anti-war messages for the sake of Southeast Asian peoples. The narratives of these activists throughout Asia and how they proliferated them in America influenced the nation’s political consciousness to question government propaganda and drove the progress of anti-war activism. They were “internationalists,” concerning themselves with the ironic violence of American “white-saviorism,” and practiced “radical orientalism” that sought the decolonization of the East from the West, which proliferated its racist inclinations through imperialism, in the name of anti-communism (Wu, 2013, p. 5).
Radicals on the Road is a crucial read for those who seek to look beyond the colonial perspective of Southeast Asia and who want a deeper understanding of how racial, ethnic, religious, and gender relations forged formidable bonds among activists, during the anti-war and Civil Rights movements and political turmoil spanning from the 1950s to the 1970s--a time that is often told to emphasize the divisions of Black and White, rather than the inspiring collaboration between international and interracial communities.
Wu begins her discussion of these bold international activists, by asserting the political significance of a man difficult to even find on Google. Bob S. Browne has been overlooked in historical retellings of the Civil Rights Movement, Cold War, and Vietnam War, despite his having connections with Martin Luther King Jr. and his being a powerful proponent of organizations leading the Black Power and anti-war efforts. His invisibility may be partially caused by the fact that he devoted his activism to amplifying Vietnamese voices and forged “personal and political partnerships with Vietnamese individuals”--efforts no longer deemed high-priority in a post-Vietnam-War U.S. (Wu, 2013, p. 17). The Southeast Asian community continues to be unseen and unheard in many political spaces today, easily lumped into the painful stereotype of the Asian model minority, without the prominent distinction of their homeland waging war with the U.S. to put their cultures and presences on the U.S. public radar. As their political importance diminishes, so does the recognition of Browne’s efforts to increase awareness about their narratives. His story has been overshadowed by the stories of other Black activists’, whose speeches and writings may more easily fit in the box of Black struggle against White supremacy, omitting the more broadly interracial bonds that were seen as major assets in the anti-war movement. 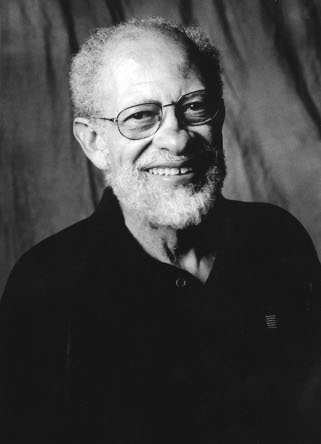 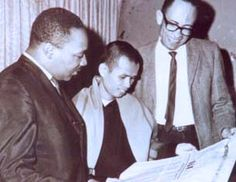 Chapter 6 dives into the tensions between the traveling activists of the U.S. People's Anti-Imperialist Delegation. Even though the delegation represented the United States' radical left and admiration of socialist Asia, the individual members had different political goals and ideologies. Black Panther leader Eldridge Cleaver led this multi-racial, ethnic group of females and males and subjected the delegation members to humility and hostility, because of their race, ethnicity, and sexuality. Cleaver’s position also held harmful gender prejudices, as no female delegates could speak nor make decisions on behalf of the group (Wu, 2013, p. 166).
The Panthers described the African American community living in “the belly of the beast," where the beast is the militaristic, racist, and imperialistic country of the United States.  African Americans have the power to break the corrupt system from the inside, but Cleaver determined that his power could also be used to reinstate hierarchies within his own community. Wu appropriately names this chapter “The Belly of the Beast,” because Cleaver created divisions and reinstated the beast within the Anti-Imperialist delegation. Cleaver’s “Letters from Prison” and his call to arms for white women to engage in revolutionary violence leads us to characterize him as someone who perceived women as sexual trophies and dismissed their capabilities as activists.  He saw white women as disposable tools in the movement. Moreover, he also thought women were incapable of being leaders and independent thinkers. In Vietnam, the Women’s Union invited all female delegates for a meeting and was interrupted by Cleaver as he “bursted through the door...it was appalling male behavior” (Wu, 2013, p. 175).  Cleaver’s way of describing Asian American radicals suggests the ways of traditional Orientalist thinking - describing Alex Hing and Sumi’s personalities as having no emotion is a stereotype of being expressionless, juxtaposed to the image of them as crazed model revolutionaries.
Traveling to forbidden places in Asia created personal relationships and access to information. However, how Asia and people of Asian descent are portrayed in our mainstream media and in our history textbooks is constantly being narrated and re-narrated, in line with the changing political and personal needs of the story-teller. In one narrative, the two Asian American delegates were characterized as apathetic; while in another narrative, fellow delegate members appreciated the dialogue and knowledge of Hing and Sumi. We must understand who is telling the story and their political and personal implications for narrating this specific story, in order to grasp what exactly happened at a particular moment in history. 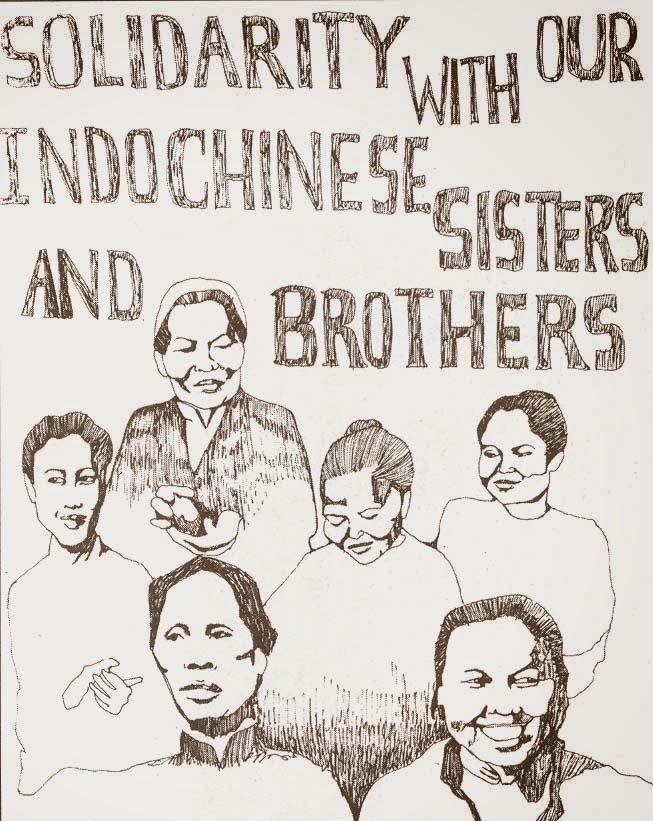 Image 3: Delegates from Southeast Asia at the IndoChinese Women’s Conferences; Originally published in Gidra (May 1971) and republished in Asian Women’s Journal. Drawing by Cynthis Fukagai.

Before reading this book, I never knew that there was a delegation that traveled internationally to build cross-cultural relationships, as I was taught that most of the anti-war activism happened domestically in the United States. When learning about the divisiveness within the delegation, I couldn’t help but compare this to the structure of some social movements today.  While attending some of the smaller Black Lives Matter protests, where the lead organizers and chant-leaders were white, heterosexual males - I thought to myself, “WHO is/are actually out in the streets telling the story of the unarmed black teenager murdered by a police officer - the Black community that the teenager was a part of, or a white male exerting his privilege, because he thinks that they need to be ‘saved’? Even if he has learned about white male privilege and the importance of decolonizing our current system, his perception of communities of color could still be viewed through a white-savior complex lens.
In the last section, Wu concludes with examining the transnational alliance-building between Vietnamese and North American women activists at the Indochinese Women’s Conferences.  The women at these conferences symbolized building an international anti-war movement across borders, literally and figuratively. Through changing the process of global sisterhood, alliances across national, cultural, and ideological boundaries provide an opportunity to reexamine global sisterhood in two ways; the ways in which Vietnamese women initiate international partnerships and their important role as mentors for women in the west, and building a broad political coalition where rich and diverse dialogue is exchanged and debated between women of varying backgrounds (Wu, 2013, p. 193).  Because the conferences provided “a forum to air and accentuate differences along lines of ideology, race, sexuality and nationality," American women looked to the Vietnamese women for leadership and inspiration. Southeast Asian women wanted help, but they also believed they had a greater ability to inspire their American sisters (Wu, 2013, p. 196). Through testimonies of violence, survivors encouraged them to know that they have a place in stopping the war.  A quote stood out to me in particular: “the more barbaric the army, the stronger the struggle of the people” (Wu, 2013, p. 247). This quote perfectly describes the resiliency and inspiring persistency of the Indo-Chinese delegation of women survivors, in achieving a global sisterhood of anti-war and peace. We hear stories about war survivors, but we don’t hear about their rebirth in rebuilding themselves and their communities from the ground up and building coalitions across borders, across languages, across racial and ethnic lines to prevent a catastrophic war from repeating itself.  Ending the book with a chapter on stories of the Indo-Chinese delegation and how inspired and moved the female American activists felt is truly a beautiful tribute to the countless innocent Vietnamese/Southeast Asian lives that were lost.