The portrayal of the Vietnam war over the years and the various outlet which disseminated information is an interesting concept to think about in relation to mainstream views globally.

In the Espiritu article, We Win Even When We Lose, the section on Loss of Innocence was interesting to read about. I think that the American soldier and the sense of a loss of innocence cultivated the masculinity in the minds of American society with the proliferation and reporters emphasis on figures in the war. The ways in which the war has manifested itself into the various entities that are valued in American society. 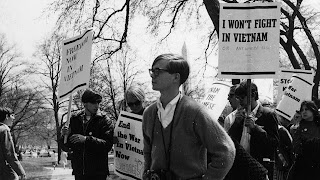 I also think the Espiritu article brought a new perspective to the concept of how the Vietnam War is portrayed in the media even today.  The way in which the war has been used to support military intervention by the US into foreign nations is telling in terms of how a metanarrative is created around the position of the US as having an obligation as a power to "rescue, fight communism, free, etc.” all who are deemed enemies of freedom. The topic of the Vietnam War has always been an interest of mine. My father served in the army during the Vietnam War and has presented his role in the armed forces that is very different from the mainstream story of the Vietnam Veteran, in my opinion. 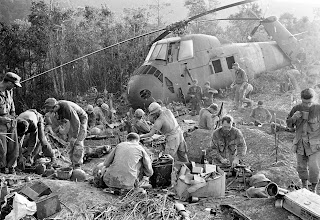