A lot of events occurred during week three. All of which were very emotional, disturbing, and eye-awakening (i.e. the Boston marathon bombings, Texas plant explosion, the attempted letter bomb for the German president, Professor Hamamoto substituting for our ASA 150E class, etc). Violence occurs all around the world, every day... but it's easy to take common things/gestures/people for granted in a country like the US. I've always appreciated where I've come from and the opportunities I've been fortunate to obtain, but lately I've been more focused on MY family/friends, MY education, MY schedule, and MY career. Last week made me take a step back, and question the intentions and reasoning behind violence and warfare. Why bomb innocent civilians? Who funds the violence? Who gave the okay go? Is this part of a government conspiracy theory?


One of the readings this week was “The 'We-Win-Even-When-We-Lose' Syndrome: U.S. Press Coverage of the Twenty-Fifth Anniversary of 'Fall of Saigon'” by Yen Le Espiritu. It discusses the media and its use of specific words/tones to change the perspective of its viewers/readers. Veterans were made to appear as "rescuers" and young men who lost their "innocence" in a dark place (Vietnam). Refugees were used to show that the US was a place where people wanted to be for the "American dream" as opposed to showing that it was a place for safety from a collapsing environment that was a result of US involvement. It's noted in the article that a known journalist, Stanley Karnow, epitomizes the tone for "we-win-even-when-we-lose" syndrome given the following statement: “The fall of Saigon was a debacle but it wasn’t a disaster... Since then, America has become probably the most popular country in the world... It’s almost chic to be an American in many places".

I felt this reading was really fitting to have this week and to be reminded of because the US media still seems bias to this day, and it tends to skew how events should be perceived by the general public. Do we still have the "we-win-even-when-we-lose" syndrome? How can we build more awareness and effectively educate people? To me, that means that we should be extra cautious in the next couple weeks when we uncover how the story of the Boston marathon bombers' stories unfold, and look back at history where we were told stories of the Vietnam war, 9/11, invading Afghanistan, and invading Iraq. 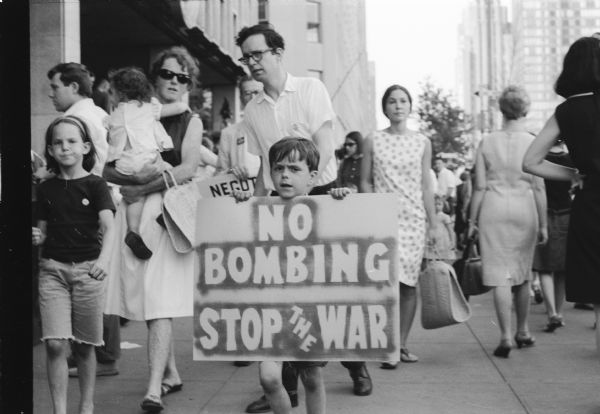