Viet Nam War turned Viet Nam to a communist country and forced many of its citizens, who mostly from the South and sided with the U.S during war, to leave their homeland in rage. Growing up in Viet Nam, the story I’ve always been told is that Vietnamese refugees were the betrayers and that the North communist force (so called Viet Cong) was the hero who successfully defeated the enemy (here implied U.S and anti-communist Vietnamese) to reunite the country. But when I came to America, my aunts, uncles and other refugees who settled in the U.S after 1975 have told me an opposite story where the Viet Cong was actually those who brutally stole their beloved country and they were forced to leave VN since they refused to be ruled by communism. Two different stories from opposite perspectives make me confused. It seems like the war was driven by political conflict between two forces. By what I know, Democracy was adopted from the U.S by many Vietnamese mostly lived in the South while Communism was brought in by Ho Chi Minh- the leader of the North after he studied in France, Soviet Union and China. So I wonder what the political system in VN was before this war started or did it even have one? 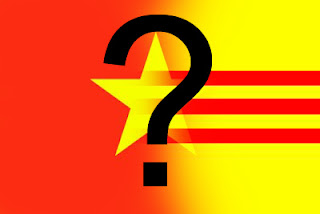