In Scorched Earth, by Fred Wilcox, the author uses personal narratives from victims of Agent Orange to reveal the devastating effects of it upon Vietnam, Vietnam’s people, and those soldiers affected by Agent Orange. Wilcox begins by painting a picture of Vietnam, before Agent Orange and after Agent Orange, through the juxtaposition of vivid imagery. He recounts a soldier’s experience where going through the jungles of Vietnam was “a cacophony of squawking bods, chattering monkeys, and insects buzzing like high-voltage wires,” (2) but then after Agent Orange was sprayed, “the ground was littered with decaying jungle birds, and paralyzed and dead monkeys” (2). We can use this as a metaphor for the Vietnamese people. Before Agent Orange, the Vietnamese people were simply doing what they’ve been doing for generations such as the animals in the quote. However, after Agent Orange, many of the Vietnamese people became infected by the herbicide. This damage goes beyond just the individual, it becomes embedded into their genes and can be passed on for generations causing birth defects. This problem is prevalent today even though generations have passed. They are still children being born with birth defects due to Agent Orange being sprayed upon their parents or grandparents. With this information in mind, how might we go about solving this situation? Should we solve the problem at hand by trying to restore the jungles that were destroyed and helping out those families who are victims of Agent Orange? Or should we tackle the institutions and governments that allowed those atrocities to happen in the first place? 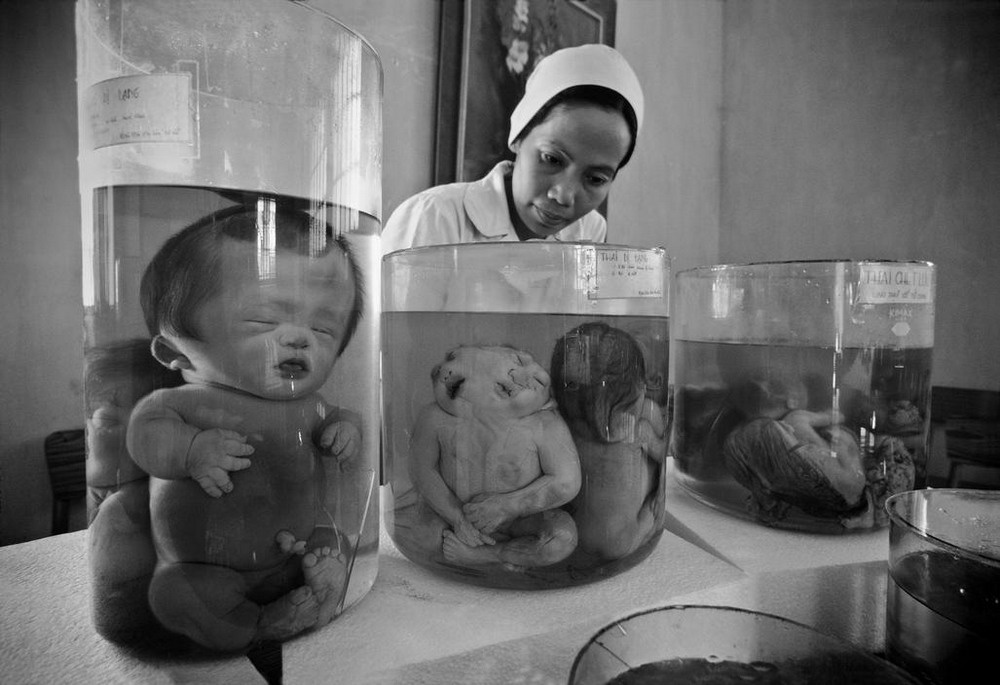