Jaselle Abuda
Professor Valverde
ASA 150E
4 March 2017
Cathy J. Schlund-Vials’ book War, Genocide, and Justice: Cambodian American Memory Work focuses on the Cambodian genocide which is commonly known to have done by the Khmer Rouge. The Communist Party of Kampuchea, or properly known as the Khmer Rouge, was a community of individuals whose objectives for the country of Cambia was to shun away Western influences and took over Cambodia. The Khmer Rouge regime made their primary intent of governing Cambodia is to get rid of any trace of Western ideals and influence. Governing the country of Cambodia in inhumane government policies, assembled well-though massacres on a very large scale. The Khmer Rouge has generally turned the country of Cambodia into a large graveyard for millions of innocent people. Years after the Cambodian genocide, many Cambodian refugees still experience pain and heartache of the traumatic experience. Post-genocide, many Cambodian refugees experience a labeled trauma called the Cambodian Syndrome, which correlates to the Viet Nam War that reflects of the social and political relationships between the US and Cambodian governmental authority.
While reading the Schlund-Vial’s book, I immediately connected the Cambodian genocide to the Holocaust, with narratives that have millions and millions of innocent people’s lives be taken away because of third-party involvements within their country, specically saying the U.S. governmental influence in Cambodia. Similarities in both historical events is the millions of lives and broken hearts that many innocent people’s lives have been forcibly taken away from them. Heads of the communist regimes had both very regulated governmental laws and strategic ways of killing massive numbers of peoples. 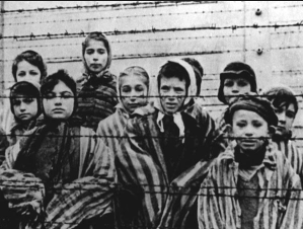