In chapter 6 of Professor Valverde's book, the topic focuses on the Vietnamese Diaspora, and the tensions between the Vietnamese-American community vs. the Vietnamese international community. The beating of the Vietnamese international student, Phuong Ho, by police was not shocking to me. In my own community and where I've grown up, excess force by police is an expectation. However, the distancing of support from the Vietnamese community because of Ho's nationality was disheartening. This is something I've seen of course in hispanic communities. Because maybe you aren't the right kind of Latinx, or you don't speak the language, or you don't look "right", or you're not native enough, or you're not Spanish enough. But I've never witnessed this in any asian community. In my neighborhoods I had been under the impression that all asian Americans supported any other asian American in the U.S., no matter their ethnicity or nationality. That was what I had seen in my friends, in the community around us.

But to come to the stark realization that support of you as a person comes on the condition that you are from the "right" place, must have been a jarring feeling for Ho. The disparity between Viet communities all arises from a fear of communism, a savior complex from the U.S., and a fear of a war that they might not have even experienced. I wondered if this divide was a result of the fallout of the war, a repercussion of the fall of Saigon, or if this was inevitable to the civil war that had already been raging in that country.

I have a friend was born born in Viet Nam, but raised in Australia and America. She said that in her family, no one was allowed to date a Vietnamese national boy; their parents also feared the small chance of communism coming back into their families. The communist taboo isn't new to Americans, it is an old rhetoric from the Cold War. But are Vietnamese children being brought up with this communism hatred, or are they simply learning it form their Viet-American communities? 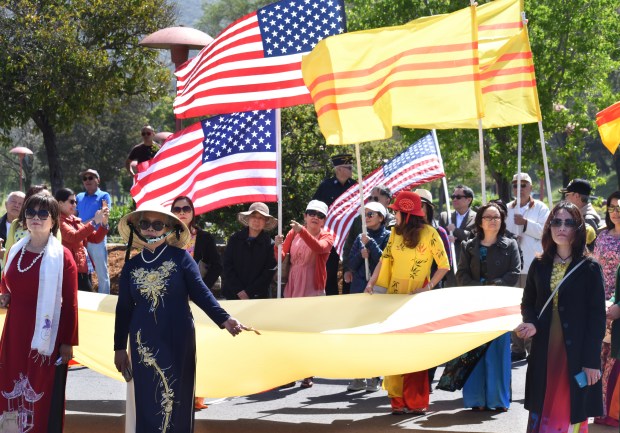