Fear of reliving a traumatic experiences runs so deeply in the community that it seems whenever attempts are made to open dialogue, it is met with swift and violent reaction. Such strong anticipated reactions makes it difficult for subjective forms such as art exhibits to emerge regarding those topics. Protesters' emotionally charged reactions call for consequences for those who dare to offend them with the openness of their opinions but continue to voice their distress even after the punishments and or apologies are delivered. However, I am sympathetic to the protestors because to me, (as a psychology major who thinks she knows about therapy), there are exhibiting the usual process of healing. Unfortunately, in order to heal, you have to be vulnerable, which is the first and hardest step. It is understandable why an individual, much less a population with shared ideas encouraging each other would react so violently, as if the wounds were fresh. However, it is unfortunate for the community members who do want to express themselves. It is not realistic to expect everyone else to like their art, but it should be realistic to expect their art not to have massive backlash to the point of beatings, relentless protests, and shutdown. Similarly, Madison Nguyen's infamous Little Saigon controversy was met with serious backlash. This event strengthens Valverde's notion that communism, or anticommunism is not the problem. Neither is it art regarding Vietnamese history. The enemy is fear: the fear of being silenced, the fear of a recurring nightmare, or the fear of reviving a bloody past. The fear goes so far as to cause resistance in support for a wrongly abused Vietnamese national student, Phuong Ho. As mentioned before, I am a psychology major. So while i am most interested in how to "heal" trauma and the fear that drives it, I do not want to generalize a whole ethnic community as traumatized or handicapped in that manner. Everyone has baggage, but many, if not all, from the Vietnamese diaspora has baggage surrounding the Vietnam War.
Is it that new therapeutic methods need to be used and tested on this population (for others who will come from wartime regardless of ethnicity) or is it that the entire world, mainly the psychological field, need to accept the fact that people can have fear that drives their behaviors without rationale? 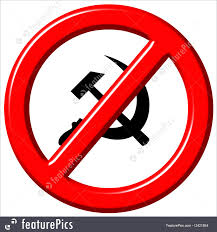