When speaking of diasporas, we typically don’t think deeply on how our communities are scattered and dispersed. The communities have been so spread out and diversified by so many different factors that are sometimes unaccounted for. Lots of current Southeast Asian stories and narratives have been told in so many different perspectives, but we don’t see how it’s become so different throughout the years after the war has passed. There are many community issues where it’s become so separated from the home country, and therefore has become so separated in a sense, there’s issues that arise across all the diaspora.
Being able to recognize that there are experiences in which the struggle for the Southeast Asian American comes with the history and systemic pressures that this society has imposed on us. Because of this, being able to recognize that the histories and present are now intertwined. Recognizing that identities are still a part of how Southeast Asians are now a distant part of us but being able to distinguish that there are still issues within the communities are important. What needs to be done now, there is an emphasis for what we are able to do for our communities now. Being able to understand the past is key for how to move forward and distinguish the difficulties we face on a current basis. 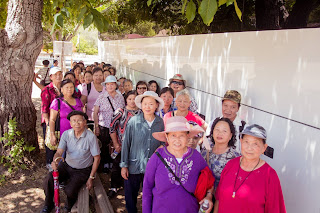