Nayan Chanda, author of The War After The War, describes an important moment in history about the "war" in Cambodia post second Indochina War. She explains that it started with American air force and marines attempting to rescue a little over 30 soldiers, but that President Ford really wanted to redeem America's reputation after losing to Viet Nam: "Ford said, 'was a spark that set off a whole new sense of confidence'" (10). Though both Americans and Cambodians faced damage, it was mostly Cambodia lives and machinery that was destroyed.

Fast forward to another conflict that only rose shortly after, Viet Nam and Cambodia now  felt confident enough to reclaim their stolen territories. This resulted in "revolutionary" Viet Nam and Cambodia. Basically, Viet Nam wanted to assert their territorial claims against China, while Cambodia wanted to take back what Viet Nam had occupied. This then lead to the next conflict between Viet Nam and Cambodia. Cambodia took action in evacuating hundreds of Phu Quoc Island inhabitants a gunpoint. Viet Nam responded two months later by arranging a counterattack against Khmer soldiers and taking several hundred prisoners.

Now, I hate to always bring this up while blogging, but why didn't I learn any of this history in high school?! I mean, we (ASA 150E) know why. It's just frustrating, if not more frustrating, to actually know the reason we are manipulated by the U.S. government's narrative. I can just imagine what my ignorant White uncle would say if I told him about this history and the fact that President Ford created a whole other war just for a confidence boost-- "that's just politics." 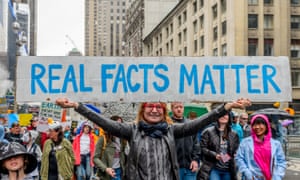