The part that lingered with me the longest was the section in Chapter 6 was when Professor Valverde was discussing how the transnational Vietnamese community survived and continued to flourish because of the Internet. By using the Internet and reaching the outside world, they were able to cross physical borders and create relationships stronger than those they could make with their actual neighbors.

I wanted to focus on this week’s is the global era and its ability to create connections virtually that transcend ocean-wide divides. While boomers talk endlessly to me in line at the bank about how the internet is ruining our ability to communicate, the internet and the instantaneous era amplifies the relationships that have been previously stifled by Vietnamese in their own communities in addition to the nearly impenetrable American hegemony. They were still able to forge communities and initiate discourse despite the efforts of censorship and begin to chip away at the dominant theory that Vietnamese people are of one unified belief system.


Professor Valverde said continued to provide relatively safe and open spaces for discussion of the most controversial topics imaginable in the minds of people living in Viet Nam and its diaspora.” (Valverde, 148)

However it makes me wonder, with America constantly on the brink of internet censorship, will such relationships last? Even more so, will they be able to continue to make real concrete and political changes in the world? Or will they never leave the space of a blog post? 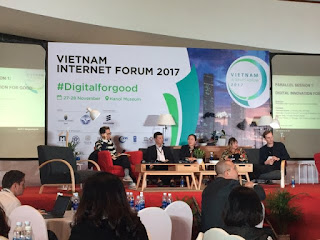