In an age so heavily dominated by the internet, we turn to online media coverage for information about what's going on in America today. Despite this reliance, liberal Americans have begun to distrust their media coverage reliability since the recent statement by the current counselor of the President of the United States, saying that Trump's team uses "alternative facts". Alternative facts have been interpreted by the public to be false facts that are turned into reality by in this case, the top ranking politicians of the United States. People are outraged by this development, but seem to forget that this has happened before.
Through analysis of the articles The "Good Warriors" and the "Good Refugees" and "Refugee Post memories", we can see how American's views of this brutal war have been dramatically shaped by the media. This media shaping of facts was so dramatic that today's Americans, including today's SEA community members, do not have a clear picture or memory of what really happened in the Vietnam war, nor do they have a clear memory of how brutally America devastated Vietnam. In the 25th anniversary of the Fall of Saigon, the U.S. media printed ideas of "we-win-even-when-we-lose". Many survivors of the Vietnam war do not discuss it with their children, leaving only films such as Paris by Night to educate their children on what happened. Thousands of Vietnamese civilians died, and yet very little media coverage has ever been produced on the matter. It was a fact that America created atrocious war crimes against a country for the sake of "spreading democracy" and being a "leader of the free world against communism", it is an alternative fact that we "we-win-even-when-we-lose". 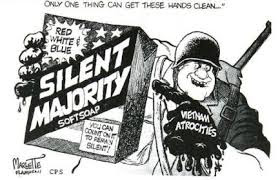