Kill Anything That Moves – Book Review

My Nguyen
Angela Oh
Diana Nguyen
Andy French
Kill Anything That Moves – Book Review
Not like any wars or military conflict, the Vietnam War is a shameful defeat of the United States during the peak of the Cold War. This war not only shaped American view about this small Southeast Asian country, but also reverberated through many Vietnamese and American generations. In the book Kill Anything That Moves: The Real American War in Vietnam, Nick Turse gives the readers the overall history of US involvement in Vietnam and many hidden details, including the massacres of Vietnamese people, the military cover up, and the concept of “body count”.
In the eye of the world, the war crimes of American soldiers and Vietnamese civilian sufferance are only viewed by the My Lai massacre. On March 16, 1968, at a small village located near the central coast of Vietnam also known as “Pinkville”, a platoon of American troops was airlifted into the landing zone with the order of “kill everything that moves” (2). Starting with killing animals, the soldiers spread their brutalities by killing unarmed villagers, mostly children, women, and old men. Besides destroying the village, they also raped women and young girls and mutilated the dead.

The massacre of My Lai was first observed as a triumph for the US forces in Vietnam, but later, with the testimony of many American eyewitnesses gathered by Ron Ridenhour, the truth was revealed. The Army launched an investigation and determined the criminal misconduct of thirty individuals with many of them were high rank officers. However, only the Lieutenant of the platoon William Calley was sentenced to life in prison. His sentence was later reduced and paroled after serving only forty months in comfort.
In fact, this is not the last time this pardon and the cover up take place in the US military. During the War on Terror, unmanned US drones launched hundreds of airstrikes against terrorists. The New York Times reports that “the London-based Bureau of Investigative Journalism estimated the civilian toll under Mr. Obama between 380 and 801” (Shane). These numbers are just the estimation due to the cover up from the military. Additionally, the imprisonment without due process of many accused terrorists in the Guantanamo Bay detention camp and the inhumane tortures of these prisons also ignited the question of war crimes cover up under the Bush Administration. 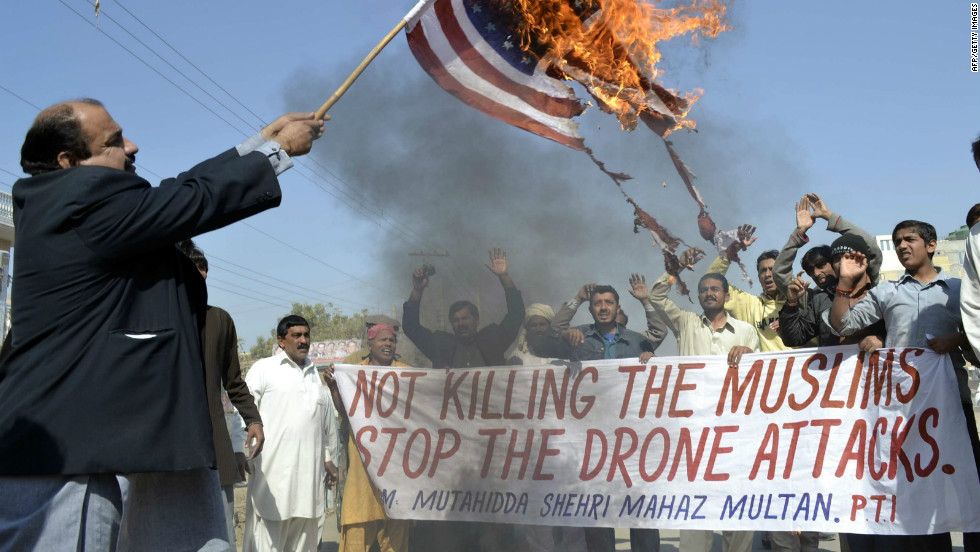 The Vietnam War was not the first American military involvement in this Southeast Asian country. During WWII, the US aided the League for the Independence of Vietnam or Viet Minh to fight against Japanese occupation. After the defeat of Japan and with the rise of the Cold War, US started supporting France to reconquer Vietnam and its neighbors. However, in 1954, the French army was defeated, forcing the country to be divided at the peace conference in Geneva with a promised-but-never-happen reunification election. From that point, US forces began a deep involvement in this civil war by sending total of 9,087,000 military personnel to Vietnam from August 1964 to May 1975 (Vietnam)
This piece of history was nothing new to the modern world. According to Montclair State University, Osama Bin Laden was created by the US. “With the help of the CIA and the US Armed Forces Intelligence services, [Bin Laden] began to organized in the early 1980s and network to raise money and to recruit fighters for the Afghan mujahidins that were fighting the Soviets” after they invaded Afghanistan (Osama). He later turned his back against Americans after creating al-Qaida “that would focus on symbolic acts of terrorism” (History)
The main objective for the US military during the Vietnam War was to obtain high body counts. This meant that soldiers prioritized killing Vietnamese people, both enemy and civilian, in mass quantities. Troops that returned from the fields meeting their body-count expectations were rewarded with incentives such as a beach resort stay, extra food, extra beer, medals, and badges. Those that did not meet their expectations were punished with longer hours in the fields and less support/comforts. Thus, the pressure to excel was inescapable.
The formation of this psyche was reportedly "inevitable". The acting army general counsel concluded in a report that the use of body-counts as measures of success was a result of the difficulty of developing other concrete indices. Although a somewhat logical measure in a time of warfare, this mindset is devastating for the human mind. Young men were instructed to kill any and all Vietnamese people and were explicitly rewarded for achieving high death quotas. While perhaps a logical strategy for winning a war, it holds grim, long-term consequences for a soldier's psyche.
The Viet Cong were not only keeping body-count statistics but also taking over villages and forcing civilians into areas controlled by the Saigon government. The concept of “pacification” rose which meant to depopulate the countryside. The American troops were denying that there was any formal protocol to force civilians into refugee camps. One U.S. official confessed in 1967 saying “policy or not, they’re sure doing it.” Their operations were designed to leave the villagers with no other option but to follow orders. When forced to leave the villagers had no formal warning and the refugee camps were described to be built with “waste materials” such as a cardboard, so essentially the living conditions were unbearable. A list of “special problems” in refugee camps were listed from one district chief from Quang Nam Province: “1. Not enough water 2. Not enough food 3. Not enough first aid station [attendants] and medical personnel 4. No arable lands, no jobs 5. Not enough schools.” Statistics showed that 92% of the refugees from the Ngoc Thanh Camp “complained that their current home was less comfortable than the one they’d had in their village.”
Though there were massacres happening in Vietnam conducted by American troops, no one in America was aware of what was going on. Eventually the stories were hard to keep a secret and trials would happen. Journalists were trying very hard to draw attention to the torturous events happening in Vietnam but were realizing that the media weren’t interested. Eventually Cleveland Plain Dealer and Life exposed the massacres with gruesome pictures. As these stories became more public it became inevitable for the American troops to keep quiet. Anti-war rallies and anti-war veterans’ groups, such as the Vietnam Veterans Against The War, started to form. Jamie Henry, a member of VVAW, “made a vow to himself that he would expose the true nature of the war” but found it difficult when he found out that threats would have been made to his life. There was a study proving that the American public were left in the dark about the war through four presidential administrations. It became clear to the American public that their soldiers and those who came up with the policy  were responsible for the rapes, torture, and murders of the villagers in Vietnam. 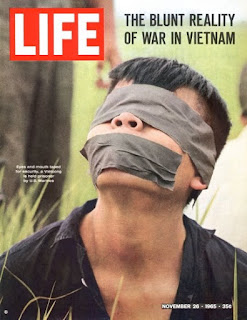 Despite it being clearly evident to the American public that its own military was involved in such atrocious conduct, little was done in terms of punishing those involved. In the specific case of the My Lai Massacre, despite more than five hundred civilian deaths at the hands of the US military, only one person, lieutenant William Calley, was ever formally charged. Originally, the investigations into the massacre involved more than forty army personnel, including two officers. In efforts to protect the army’s image however, Calley was used as a scapegoat and had all the blame placed onto him, whilst the other forty something members that were originally charged, quietly had their charges dropped against them.
Bringing the My Lai massacre into the attention of the American public actually worked against exposing other war crimes. Other atrocities committed by the military seemed small and were deemed un-newsworthy in comparison to the large scale nature of the My Lai Massacre. There was however, one other ticking time bomb that was waiting to blow up in the face of the American public, and that was Operation Speedy Express. Speedy Express was a military operation conducted in the Mekong Delta in the late 60s that resulted in the deaths of roughly 5000 civilians. Luckily for the military, Operation Speedy Express never did quite come to the light of the American public, as although the story was being shopped to a popular news publication by the name of Newsweek, Newsweek refused to publish the article in it’s entirety, citing that it was too long and the fact that it criticized “the overarching American way of war’ instead of just “a single war crime”. Eventually however, Newsweek did end up publishing the story, however it was drastically shortened from it’s original 5000 words to a mere 1800 words, with many important aspects of the article being left out. Unsurprisingly, when this shortened version of the article hit the newsstands, it generated little interest in the eyes of the public and was shortly forgotten about.
Work Cited
Turse, Nick. Kill Anything that Moves: The Real American War in Vietnam. New York: Picador, 2013.
Shane, Scott. Drone Strike Statistics Answer Few Questions, and Raise Many. Nytimes.com. N.p., 3 July 2016. Web. 20 Jan. 2017.
"Vietnam War Statistics." Vietnam War Statistics. World History Center, n.d. Web. 21 Jan. 2017.
"Osama Bin Laden Created by the US - various articles." Osama Bin Laden Created by the US - various articles. N.p., n.d. Web. 21 Jan. 2017.
History.com Staff. "Osama bin Laden." History.com. A&E Television Networks, 2009. Web. 21 Jan. 2017.
Images:
Cunningham, Pat. "Evidence that Richard Nixon tried to sabotage the My Lai Massacre court-martials." Applesauce RSS. N.p., n.d. Web. 21 Jan. 2017.
"Drone strikes kill, maim and traumatize too many civilians, U.S. study says." CNN. Cable News Network, n.d. Web. 21 Jan. 2017.