In this week’s reading: Radicals on the Road: Internationalism, Orientalism, and Feminism During the Vietnam Era, Judy Tzu-Chun Wu talks about feminists coming together in solidarity with the goal to protest the anti-war movement during the Cold War era, specifically feminists from the West (America and Canada) meeting with the East. Not only were they joining to protest the war but they were fighting for women’s rights. Women from the West recognized that their Asian “sisters” were being objectified and seen as “exotic.” This alliance encouraged women from the East to fight back and redefine their identities. This week’s theme is third world alliances and social-political movements which perfectly sums up the theme of the reading. Today women are resilient as ever as we still have to fight for our civil rights. It has been a struggle with President Trump’s administration destroying our progress, but also inspiring that we are persistent enough to make our voices heard. Also in today’s news President Trump announced the ban on Muslim refugees (ironically on Holocaust Remembrance Day.) The fight for equality is tougher, but not impossible. Millions of women and men came out for the Women’s March and proved that our support for equality is an unbreakable force. 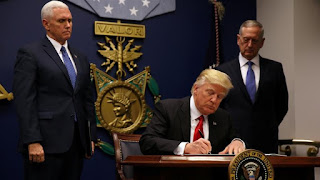 What inspired activists from both the West and the East to intergrate?