Blog 2: Week 4 - Radicals on the Road
The book Radicals on the Road: Internationalism, Orientalism, and Feminism During the Vietnam Era by Judy Tzu-Chun Wu speaks of a women’s alliance across borders which relates to this week’s theme of, “Third World Alliances and Social-Political Movements”. The relationship features anti-war activists from the west and the Vietnamese women during the times of the Viet Nam War. Bound together to act against women discrimination, they resonated with one another on various issues. Stated in the text, “These individuals sought to identify and subvert the workings of patriarchy in all realms of life, not just in the public sphere of work and politics but also in the private sphere of personal, familial, and sexual relationships” (Wu 206). I still believe that the workings of the patriarchy continues to remain a problem in both communities today, as women are still fighting for equal pay in the workplace. However, as many Southeast Asians make stay in the U.S. after the war there have also been issues in the home as well although not widely documented. It is difficult to learn that there is a hidden narrative of “intimate violence,” “spousal abuse,” or a more widely used term, “domestic violence,” within the Asian American - Southeast Asian American community.

In light of recent events, Trump’s administration has moved forward with numerous of executive orders in spite of being in office for such a short time. One in particular that is fitting with this week’s discussion is the one centering around the ban of federal money going to international groups which perform or provide abortions. Other nations have given response to Trump’s policy with the Netherlands in particular offering to “set up an international abortion fund to help families across the world” (Masters). So my question in particular has to do with collaboration amongst individuals instead of countries, will we see something like what Wu had written about in her book as a response to this piece of legislation? How can it possibly be done? Ex. protest? 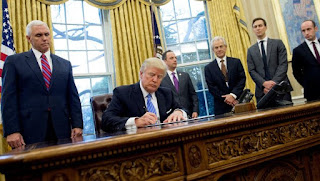 Wu, Judy Tzu-Chun. Radicals on the Road: Internationalism, Orientalism, and Feminism during the Vietnam Era. Ithaca: Cornell UP, 2013.