‘Liberal Academic Perspectives’ was the week’s theme for the readings, and there aren't many better ways to exemplify this theme than selections from Nick Turse’s Kill Anything that Moves: The Real American War in Vietnam. The intro, chapters 2 and 7, and the epilogue were selected for reading. The selections feature mind-rattling detailed accounts of innumerable war crimes committed during the war from various sources. Liberal perspectives, such as this one, often seek the whole truth no matter how terrible it may be. However, it is not necessarily the atrocities themselves that end up being the most frightening element of this reading for me. The truly scarring material of this piece is instead the revelations behind the full extent of suppression the United States employed to cover up news of them ever happening. Turse elaborately lays out the framework of circumstances that was guiding the actions of every individual within the turmoil. This framework spans the full spectrum of the American chain of command from GIs creating body counts to absolve themselves of their quagmires to unassuming commanders who were sheltered from the realities of the war. This is in line with a general sentiment and distrust against establishment practices that is observed in liberal leaning individuals.
Through this framework, it is made clearer why things such as the true nature of the Vietnam war are intentionally left forgotten and unproperly represented in eyes of Southeast Asian Americans. Moreover, these cover-up strategies may not have necessarily stopped in shame even after the efforts of Turse and those before him. It begs the notion that some very similar military and administrative tactics may be employed for present-day campaigns like Syria to continue under the public's indifference.
A notable observation I found was that throughout the reading, Turse recorded the immense difficulty he and other truth seekers faced in obtaining the information sought. Even though the malicious intent was made apparent in this piece, if the classification of information by the military is to never remain indefinite, when would it be the right time to disclose what really happens in wartime? 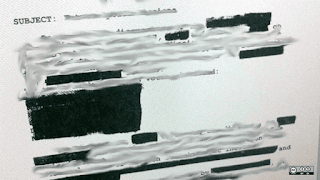