In this week's theme of "Forgotten, Suppressed, and Invisible Histories, Viet Thanh Nguyen discusses the significance of unearthing and providing platforms for erased voices, particularly those from the Vietnam War who have their own narratives re-shaped in order to uphold hegemonic ideologies of the U.S. saving innocent Southern Vietnamese from communism. This issue is significant due to the extreme Eurocentrism inherent in U.S. curriculum that invisibilizes the atrocities, ignorant reasoning, and lived experiences of those who fled their country as refugees. Nguyen sheds insight on the inherent privilege in learning/unlearning these hxstories and the importance on not only making these voices even "louder," but also providing spaces for other people affected by the diaspora to also voice their own struggles in relationship to those in their family who have experienced it. The author underscores the importance of understanding how suppressed these hxstories are because they note that ignorance towards the circumstances that created the war and the diaspora will be reproduced later on.

This is also relevant to my own education experience in that I barely knew anything about the Vietnam War and its relationship to my own family hxstory until my third year of college. I think I felt similar feelings to Nguyen when he discusses the unknowability or invisibility of certain hxstories because when I first learned more about the atrocities committed during the war, I questioned why it took me so long to learn the "actual" hxstory. In some ways, I felt like my "eyes were opened" because I realized how much I had to unlearn about what U.S. hxstory actually was and how it re-narrates events to uphold U.S. superiority.

One question I had was what is the diversity of those who create curriculum? How does a curriculum become created so that a widespread amount of people are ignorant of their own hxstory? What is the relationship between curriculum creators and higher education? Are they just ignorant, or are the intentionally re-narrating the hxstory? 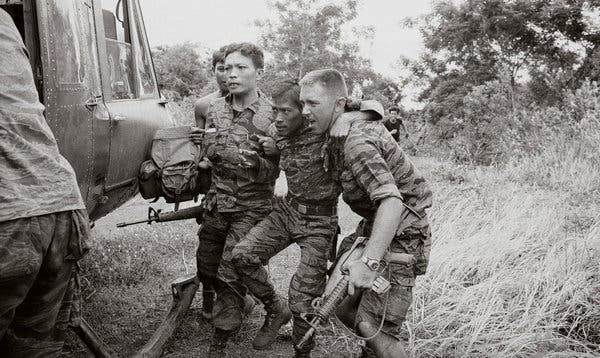