In Nothing Ever Dies: Vietnam and the Memory of War, Viet Thanh Nguyen explores the ethics of creating and preserving public memories, particularly those memories that are connected with the mass atrocities such as war. Nguyen states that wars are not merely enacted physically on a battlefield on in the air. They are reenacted in memory, driving the beliefs, decisions, and attitudes of those who remember them. He states in his book, “If Vietnamese American literature could avoid the war, then it could avoid this challenge of confronting the mythology and the contradictions of America. But the literature cannot avoid the war, because the literature is inseparable from the Vietnamese American population itself, which exists only because of the war”. Nguyen believes that developing an improved ethical model of memory will help prevent future wars. He continues to argue that “industries of memory” are formed by social, political, and economic institutions that seek to capitalize on the memories people create are responsible for these injustices.


How did the Vietnamese Americans presents their literature throughout the tensions of both countries? 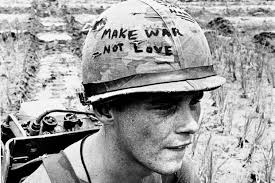