The book, Nothing Ever Dies: Vietnam and the Memory of War, written by Viet Thanh Nguyen, essentially unpacks a lot of untold narratives from the war, creating a counternarrative of the events of the Vietnam War.
One of the more prominent themes that Nguyen discusses in Nothing Ever Dies developed in the seventh chapter, titled “On Victims and Voices,” as she brings up both the importance and the burden of sharing the stories of family members and figures that have passed away. Nguyen states, “Their haunting demands that we ‘be accountable to people who seemingly have not counted in the historical and public record” (Nguyen, 2013, p. 195). In other words, she is stating that there is a responsibility that the current generation holds to share the stories of their people whose stories tend to be overshadowed and hidden from mainstream media. Nguyen continues stating, “The ethical considerations for storytellers who speak of the dead and ghosts are particularly burdensome for minorities, those smaller in numbers and power” (Nguyen, 2013, p. 196).
Storytelling is naturally difficult. There are a lot of different ways to interpret stories that become shared and in some cases could continue to perpetuate some of the dominant worldviews instead of going against them. However, although something like storytelling is a rather daunting task, it becomes important to the diaspora today to discover an identity that seems to be erased or overwritten by those dominating society. It helps them understand their own history and by understanding their history, get a better sense of who they are and where they are headed.
Discussion Question:
Who picks and chooses who gets to be accepted into the norms of society and who becomes excluded? And how? Is it more natural, or are there actual variables to consider, or a checklist? 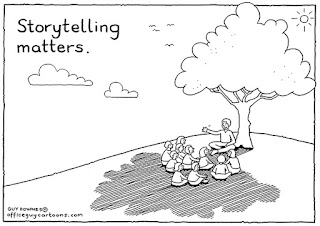 Source: Nguyen, Viet Thanh. Nothing Ever Dies: Vietnam and the Memory of War. Harvard University Press, 2017.
Posted by Unknown at 1:44 AM