In Viet Thanh Nguyen’s “Nothing Ever Dies: Vietnam and the Memory of War”, this weeks theme of forgotten and repressed histories are extremely prevalent as the author discusses the involvement of the Korean military in the Vietnam War, and the experience of Korean-American immigrants later in the United States.

While I was aware of the Korean involvement in the Vietnam war, every history that I've been fed has framed the involvement as "allies helping allies", and not South Korea so poor from the previous war with America that they agreed to aid U.S. troops in Vietnam. What I think is most interesting about this however, is the juxtaposition between Korea and Vietnam. Nguyen writes, "Korea and Vietnam are both capitalist fables, but with opposing morals... Vietnam has most of Korea's problems but only a measure of its success," (pg. 133-134). Both countries histories are intricately woven with America's through war, "Democracy", and Communism; yet it is still America who decides what history is allowed to be told. When one thinks of Korea, at least in this decade, we think of K-Pop, massive boy bands, K-dramas, superior Korean skincare, Gangdum style, and then maybe North Korean dictatorship as an after thought. But the continuing narrative of Vietnam is war, battlefields, jungle, land mines, and American heroics.

So why was South Korea rewarded? Is it because they played to America's rules? They had their devastating war and decided it was better to go along with the country that birthed capitalism? That seems to have been a safe bet in the long run, as Korean culture has implemented itself well into American cuisine, pop culture, style, and music. Korean immigrants are seen as well off, smart, and attractive. They are one of the "model minorities" that are used as the poster children for immigrants, and their narrative is one of positivity in the West. But does Western approval give you a free pass for the country you helped the Americans raze to the ground, just like America did to you? 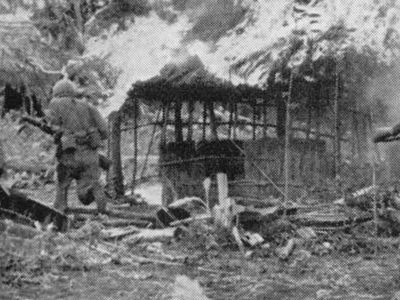 Source https://www.asia-pacificresearch.com/peoples-tribunal-war-crimes-south-korean-troops-during-vietnam-war/5628705
Posted by Unknown at 1:30 AM