In Nothing Ever Dies: Vietnam and the Memory of War by Viet Thanh Nguyen, the reading connects to this week’s theme about the forgotten, suppressed, and invisible histories that are rarely brought to light. Nguyen connects the Korean and Vietnam War together, and speaks about the transformation of Korea. Though I had some knowledge of the Vietnam War, I was not fully aware of the Korean War and that Korea was even involved in the Vietnam War. It demonstrates, once again, how the U.S. censors history for the sake of their own interests.
History fails to mention Korea’s involvement in the Vietnam War, and the atrocities the soldiers committed. Nguyen mentions the slogans of Korean soldiers —  “kill clean, burn clean, destroy clean” — which sound similar to American’s agenda of “kill everything that moves”. Nguyen speaks about how Korea has absolved and cleansed itself of their involvement in the war, and became a global powerhouse thanks to capitalism. Korea was a country that needed to be rescued, and then went from subhuman to sub imperial status. It is now a global powerhouse because it embraced capitalism, which I suppose should be considered a “success” story as it glorifies the greatness of capitalism. Korea has become such a global powerhouse, with its influence reaching a wide audience and millions of people flocking to the country because of its entertainment and beauty industry. But there is a forgotten and invisible history, one that Korea has evidently benefited from.

Question: How can we take back the twisted narratives that history teaches us? 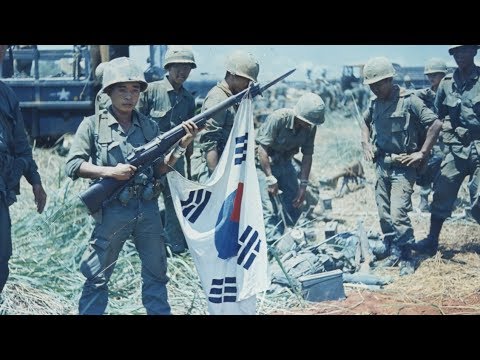