In Viet Thanh Nguyen’s “Nothing Ever Dies: Vietnam and the Memory of War”, the section regarding America’s “Hollywood bright light” on page 149 brought up significant emotions for me. Growing up, my father hated watching American war movies since he complained that the white American soldier always saved the day. I never understood the validity of his complaints until now. I realize that I was blinded by Hollywood’s bright light and only wanted to see the handsome, heroic man save the day. Yet I was completely blinded, yet again, by the white narrative and unconsciously rejected the truths behind those war stories. It is interesting to see the contention between Asians and Americans, but also the contentions between different groups in the Asian diaspora (ie Vietnamese and Koreans). These histories aren’t widely talked about firstly because of the white narrative we are taught in school, which promotes the clumping of all Asians together, but secondly because I think the model minority myth prohibits us from “taking our citizenship for granted”. In this sense, I think this is another attempt at erasing Asian history from the generations of Asian-Americans living in the US. My question this week would be, since America takes pride in freedom of speech and thought and the idea that we are a melting pot of cultures, why is it so difficult as a student to obtain true facts of history. In a sense, ignorance is not bliss because being ignorant of our country’s past only makes the rising generations intolerant of the US’s injustices when we could’ve been raised to embrace and learn from our wrongdoings. This plays hand-in-hand with my visual, which is a picture of Harvard students fighting for ethnic studies. I believe that to unlearn the white narrative we have grown desensitized to, resources such as ethnic studies is vital for us to know the real, holistic view of the world and the role the US is playing in it. 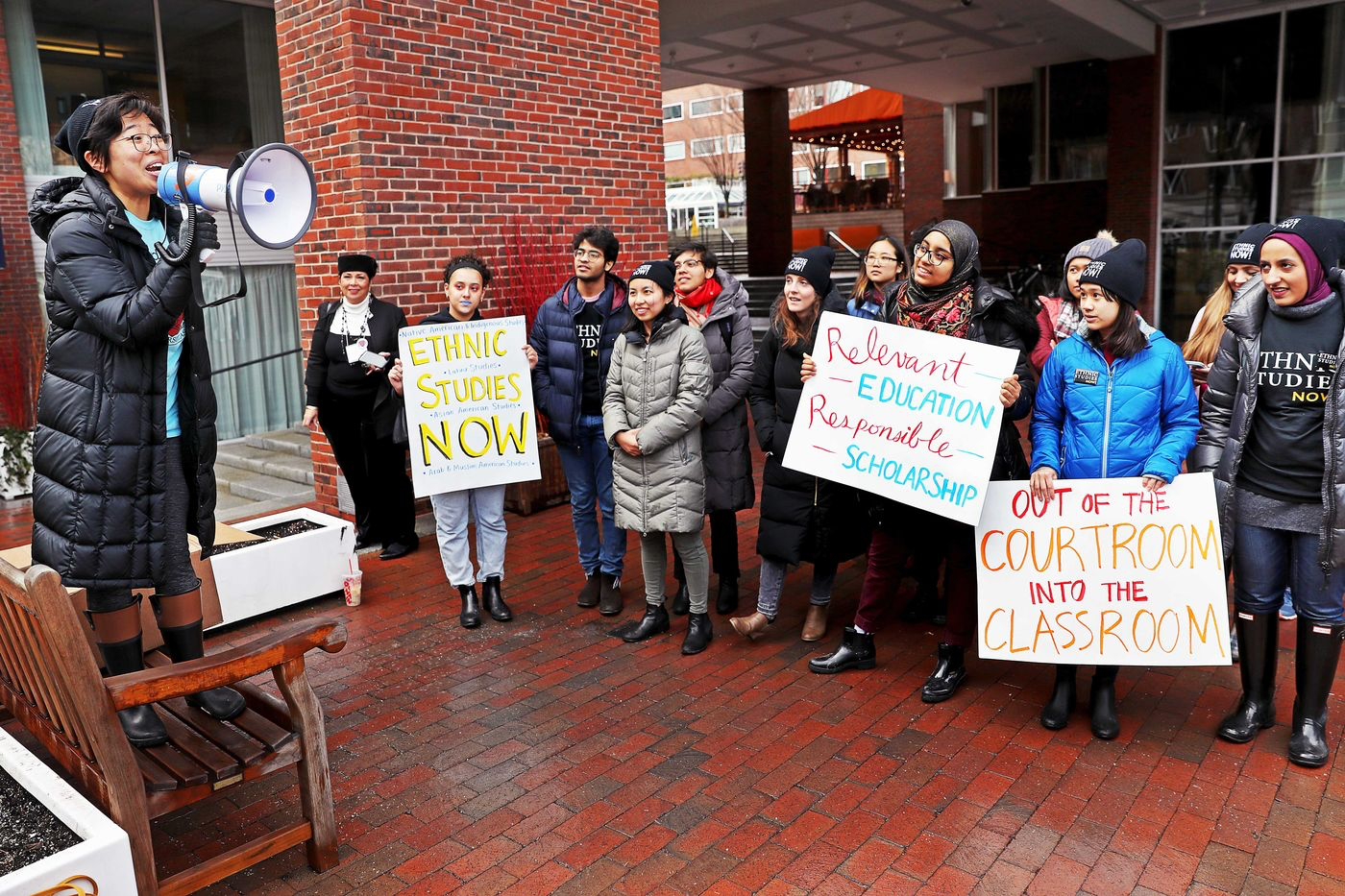 Davis, J. How a denial of tenure at Harvard became a national controversy. Retrieved from https://www.vox.com/identities/2019/12/16/21020572/harvard-ethnic-studies-department
Posted by Unknown at 10:25 PM