In the book Nothing Ever Dies, the reader delves into a non-American country that fought against communist Vietnam and for Imperialist America's favor; Korea. The book discusses how Korean soldiers attempted to "sell themselves" to Americans, assimilating with American food, weapons, and even adopting American racial slurs against Vietnamese and African American soldiers. Korea's attempts to win American favor partially worked in the case of South Korea, but North Korea because America's next project war against communism. A war Korea's gave their lives for soon followed them home, and American has been at their dividing boarder line ever since. 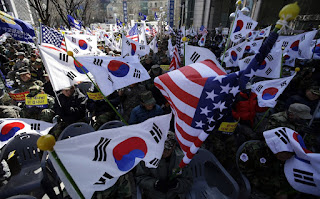