In reading Nothing Ever Dies: Vietnam and the Memory of War by Viet Thanh Nguyen, the author brings attention to the point that a lot of forgotten, suppressed, and invisible histories are left untold for a variety of reasons. While highlighting mainly the Vietnamese community and the lack of attention contemporary society gives to the people of this ethnic group in regards to the details of its history, Nguyen talks about other communities and their struggles as well. For example, he mentions Korea and how some aspects about this country and how it is similar to that of Vietnam’s. There are many narratives that are untold about Korea of which is touched upon in this reading like the Korean War and Korea’s impact on Vietnam. It is interesting that the author discusses about both Vietnam and Korea and compares the two. With the current status quo of both countries, it made me think about how if South Korea did not have its independence like it does today and was taken over by North Korea, would it look like Vietnam as it is today? The reading talked a bit about capitalism and how Korea, through how its history played out was able to allow for its people to be viewed as the model minority when they were once considered “scapegoats of the poor and working class” (Nguyen, 130). I found this very interesting because many Asian groups, including the SEA community is affected by these views that are projected by Americans. In current society, let’s say that most Americans feel like Asians are the model minority because of how well they study and affluent they are. There is a belief that Asians are very good at studying and that there is a significant high percentage of Asians attending college. However, this is only true broadly speaking since so many details are left out of this point. While say many groups such as the Chinese have a high number of its people in higher education, groups such as the Cambodian and Laos have a low number of its people in higher education. The problem is all of these ‘forgotten’ and ‘invisible’ realities being left out of the picture which really affects certain populations. To elaborate on to this point, one method that the US uses to under-recognise some issues and lessen its responsibility in society is through generating aggregate data. 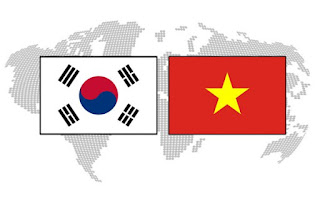 One major question that I have is if stories were actually told and not forgotten and bits of history were to be revisited and recognised now, what would that look like? Would there even be a way to get people to care about the truth if it were to be revealed?