In this weeks reading Nothing Ever Dies Vietnam & the memory war written by Viet Thanh Nguyen shows the two groups that were involved in the war the Vietnamese & the Koreans. It abstracts the difficulties faced by these two communities. The United States army had lost this war but they still were able to persuade the Vietnamese people to adopt to their methods & ideology but demolishing the communist aspects of the society and making it adapt the capitalist economic structure forced by The United States.
the author focuses on  focuses on the Vietnam War, the war that most intimately affected his Vietnamese family, his fine reflections on how to treat and preserve the memory of war “justly” extends to other neighboring wars such as those in Cambodia, Laos, Korea, the Philippines, and elsewhere.
Vietnam War's psychological impact on combatants and civilians.
Something that stuck to my mind was the quote "All wars are fought twice, the first time on the battlefield, the second time in memory."I felt this was a very strong statement. As it may be easy to fight in the field and kill someone in the moments heat, but once a war is over the soldier that had followed orders of the command and killed someone regardless if it was the enemy or someone innocent, I believe it becomes extremely difficult for most to live peacefully as the horrific incidents come up on their mind.
The countries tend to forgot about and move on and after some years certain nations will build up relations with that same country that they had gone to war with. The politicians just sit in their office and make a decision. But how do they expect the soldiers & civilians that were on the front-lines to forget everything and become friends instantly. How to do they expect the same people who they saw as enemies and killed each other once to say its ok lets move on. Its not that easy for someone who saw first hand experience of the horrific incidents to let those memories die out, those people that suffered will have to keep those thoughts with them with for the rest of their lives. 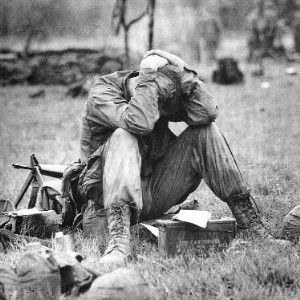