In Transnationalizing Viet Nam, Kieu-Linh Caroline Valverde explores many issues that are formed by the strong beliefs of specifically the anticommunist Vietnamese population living in the States. Due to their experiences regarding prior, during and post the Vietnam War, many individuals from this group are very emotionally attached and sensitive towards this topic and fear that their stories and histories will be one day forgotten. Through the case studies presented in the text that explored many the issues that were raised, there was a common trend in regards to how the media took matters out of control and exacerbated things. Valverde talked about Chau Huynh and Madison Nguyen and their work, and how their diasporic experiences and the transnational processes intersected causing conflict between them and the anticommunist community in America. This is a major issue because many individuals that came from countries like Vietnam have had a long scarring history and are no where associated and for the communist Vietnam. While Valverde presents an analysis for what had occurred with Chau Huynh and Madison Nguyen, there are so many other Vietnamese people that have been portrayed similarly to them. For example, Anthony Phan who is a recent council member elect for the City of Milpitas in San Jose was also labeled a Communist just a few years back during his campaigning period that led up to the elections. It’s been quite common that many politicians are projected as bad people for some reason. The anticommunist community in the States often project certain images onto individuals that they do not like and similar to Valverde, I believe that it is mainly due to the fear people have in regards to their painful past that results their ignorant thoughts and beliefs. 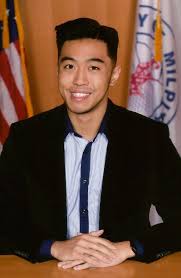 Question: There seems to be a trend for labelling certain Vietnamese individuals a communist, especially those who are powerful and outspoken, but will this attack strategy ever get old due to its popular usage?

Picture: http://www.anthonyphan.org/
Posted by Unknown at 8:10 AM