“Scorched Earth” by Fred Wilcox started off talking about the bombings in Vietnam. Agent Orange was the most used herbicide; it was called Agent Orange because of the orange stripe painted around the fifty-five gallon barrels. It was so toxic that after forty years later “scientists would continue to find high levels of dioxin in the food and water near abandoned military bases and in the blood, fatty tissue, and mother’s milk of the Vietnamese who lived near the installations” (1). Veterans described their exposure to Agent Orange as having symptoms such as bleeding from the nose and mouth, dizzy/faint, and violent headaches. Wilcox explained that in writing this book he wanted to meet the victims who were exposed to chemical warfare such as herbicides like Agent Orange and compare them to the stories of veterans. He also wanted to make note of how this chemical warfare did permanent damage to Vietnam’s jungles; this is a completely different perspective of the Vietnam WAR that I’ve personally ever seen/read about. Ultimately Wilcox’s goal is to inform his readers about the catastrophe that is called “the Agent Orange issue.” Though the war is long over, many AO victims still face the repercussions with being seriously deformed and/or terminally ill and toxins have been carried on into the third generation. There was quote that struck to me where a widow was explaining her guilt and how she feels “spiritually devastated”; she drank this poisonous water made her daughter born with serious birth defects. All Vietnam asks for now from the United States is to acknowledge the damage that corporations have done from profiting from Agent Orange and to take responsibility for it by helping out the victims. It was President Kennedy who approved the herbicides, but he didn’t live long enough to see the damage. Three more president administrations continued the defoliation program. My question would be: why do these corporations feel no empathy towards the victims of AO? 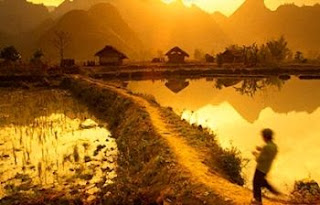