Fake news has become increasingly prevalent, with misrepresentations and sweeping generalizations being reported to consumers. The root of the issues lies in that these media organizations are businesses; they need to make money to continue reporting and covering the issues. However, a news company obtains profits  only as consumers opt to use and consume their platform. Modern technology has given rise to an immense amount of news sources and standing out in this sea of competitors relies on gaining the attention of the viewer. Society is not always interested in learning about unknown struggles. Sensationalized headlines and stories tend to gain the most attention, and are thereby quite prevalent.

Valverde's book discusses the Vietnamese American community and how the anticommunist orientation of this group was largely unaddressed. Media portrayed Vietnamese Americans as refugees who fled Vietnam with the homogenous political beliefs, discrediting the reality of variety. News stories like the Cha Nguyen case brought the Vietnamese American community into the limelight and sparked inspiration for accurate representation by many individuals. Artwork and exhibits emerged, such as the Vietnamese American Arts and Letters Association's F.O.B. II: Art Speaks exhibit, that contributed a voice alternative to the mainstream generalizations by portraying the cultural control and censorship of the state. Speaking out against the grain is an arduous task and requires bravery. Those who spoke out against oppressive depictions of the community were placed under major scrutiny and were even attacked. Despite the negative attention, they were able to inspire others to also speak up and fight against their lack of a political voice such as politician and activist Madison Nguyen.

Question: Do you know of any groups struggling with representation against sweeping generalizations like the Vietnamese American community? What are some steps they can take in achieving more widespread acknowledgement? 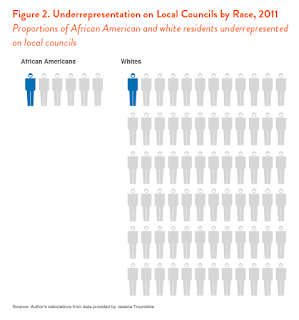