In the book Scorched Earth: Legacy of Chemical Warfare in Vietnam, Fred A. Wilcox sets out the mission of discovering the consequences of “the most widely used herbicide in Vietnam” – Agent Orange and its chemical – the dioxin, on the Vietnamese people and their country. The author indicates that the use of herbicides to assist the effort of control and defeat the communists by destroying their forest and jungle cover was actually first approved by President John F. Kennedy. Even though the dangerous use of defoliation directly on civilians and their essential crops was revealed by the media, this program was continuously carried out under the next two more presidential administrations. There were many operations that used Agent Orange, but the most significant one was the Operation Ranch Hand, which deployed more than 19 million gallons of herbicides over 4.5 million acres of land. The book also indicates the effects of Agent Orange on the land and people, including habitat destruction, birth defections, cancers, and other diseases. Although the American Vietnamese veterans who got contaminated by this chemical were received $180 million in compensation, none of the 2 million Vietnamese who were directly and indirectly suffer from the effects of exposure to Agent Orange received anything. As a result, in 2004, about 100 Vietnamese filed a lawsuit against these chemical companies to seek compensation for the exposure. However, the American court failed to give justice to those Vietnamese victims. 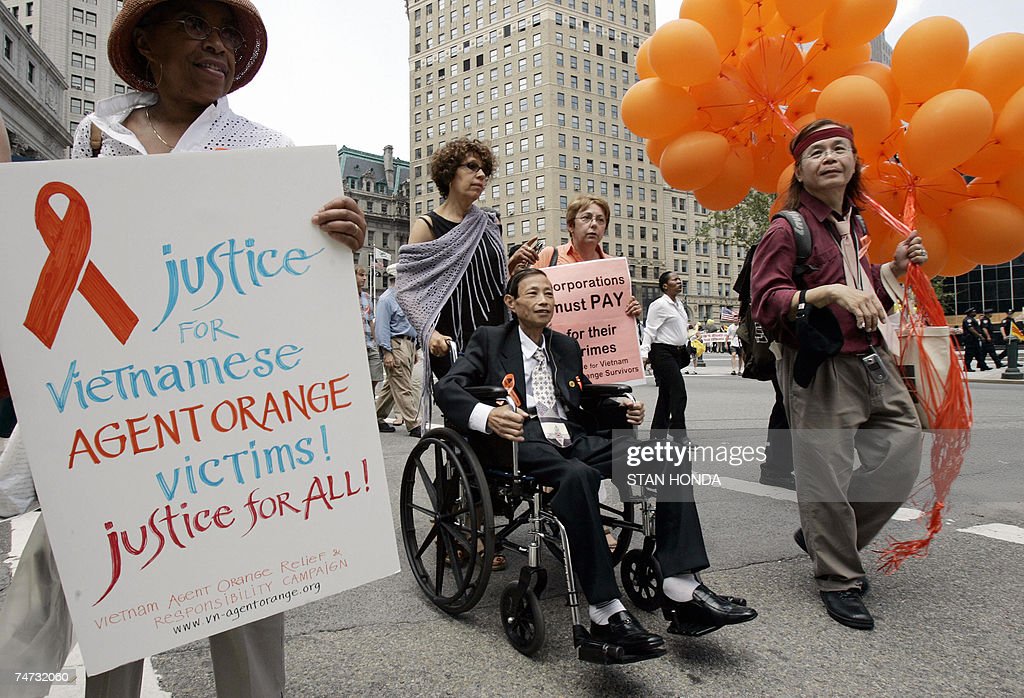 http://media.gettyimages.com/photos/new-york-united-states-to-go-with-afp-story-by-catherine-hours-van-picture-id74732060
Posted by Unknown at 1:34 AM