Week 6
ASA 150 E
Prabhjit S Mann
For week 6 in the reading Transnationalizing Viet Nam written by Kieu-Linh Caroline Valverde describes how the Vietnams community that had left the country still were connected to the motherland. Even though people may have fled the country, they still considered Vietnam their native home. From the extracts the I read online it highlighted how the Vietnamese community living abroad still cared for issues that occur in the home country. It wasn’t like that we have left that country and now live in the United States & don’t care for what happens there. From the reading that I read Madison Nguyen a politician serving in San Jose California refused to name an area of the city “Little Saigon” where many Vietnamese people had their retail shops. This divided the community where as people had mixed thoughts on the issue. Nguyen saw protest against her from her own community for her stand, which almost ended her political career, the same people that lifted her political career from her community didn’t want anything to do with her. Although Little Saigon is the preferred name of Vietnamese refugee communities throughout the world.  The author tries to explores what it truly means to live in a diasporic community while having ties with the homeland. The largest influence from the home country is definitely cultural norms and ideals. In Vietnam, the belief of filial piety is a vibrant and strong ideal and many Vietnamese Americans have taken this notion with them. We can also see that the home country is also trying to keep ties with their diasporic groups. Although this may not seem a very important subject to some but for those the immigrated to the United States from Vietnam it maybe of great importance to them as Saigon was the name of the former capital city of South Vietnam. I believe even though people may have left the country and settled abroad but by naming an area dominated by their community was a way for them to reflect & remember their home county. By doing this, the Vietnamese are able to keep connections with the Vietnamese Americans. This shows that even though Vietnamese Americans are no longer living in their home country, they still care and still have compassion for their people in the homeland. It shows how these diasporic groups can be heavily involved with their home nation-state’s politics while being away.  It also shows how these people can work together to better their homeland. 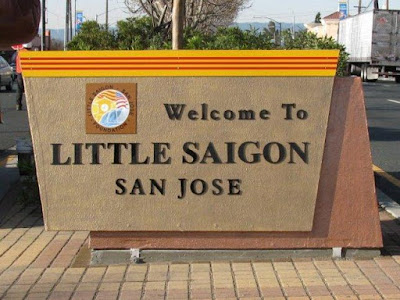