The Fall of Saigon took place on April 29, 1975 as North Vietnamese troops took over Hanoi. The North Vietnamese attack on the Thieu regime at Central Highlands town of Ban Me Thuot on March 10 marked the end of the war. Operation Frequent Wind was launched to evacuate all US troops and Vietnamese comrades. This marked twenty ones years after the CIA initially trained South Vietnamese anti-Communist Army of the Republic of Vietnam. Communist flags were planted at the palace and marked the end of the war.

Unlike in Vietnam, Cambodia had little assurance that things would get better. The Khmer Rouge ended just thirteen days before the Fall of Saigon. Road and flight access points were blocked off by the Khmer Rouge and had forced American food and fuel aid out of the airport. Following the Fall of Saigon and Phnom Penh were battles over control of islands in the Gulf of Thailand, coupled with diplomatic conflicts between Cambodia, Vietnam, China, and the Soviet. Vietnam wanted US aid for reconstruction, but dropped this request to prioritize diplomatic ties with Washington. However, China, in support of Cambodia, vowed to punish Vietnam for overthrowing the Khmer Rouge. Peking had already been establishing full diplomatic relations with the US before punishing Vietnam in an anti-Soviet alliance.

Cambodia, Vietnam, and China suspended much of their conflicts in efforts to resist foreign domination during wartime. After wartime, their rivalry became publicized. The lack of need for unity and the need to consolidate power urged them to stake claims on island territories. This was done with a measured approach, as they could not afford to engage in a full-scale conflict. A friendship treaty was attempted as Vietnam flexed its military might against Cambodia’s island territory, Puolo Wai. Vietnam eventually demonstrated some cordiality and granted Cambodia its territory.

Secret negotiations of arms and aid plans transpired as China’s leader Mao demonstrated support of Cambodia both publicly and privately. Vietnam understood fully the opposition as Mao declared the Chinese would fight alongside the Cambodian people. The relationship between Vietnam and China has long been exacerbated by power struggles. The Indochina wars were premised on history and high nationalism; they hold more weight and are more responsible than ideology in shaping the future of Indochina.

When the United States lost the war against Vietnam, it also meant that China was at a loss because what they feared about Vietnam and their enemies would come to life. Although China had its skepticism of Vietnam’s new found power, they made a statement, “The great Vietnamese victory has proved once again, what is decisive for victory or defeat is the people and their support and not sophisticated weapons.” The Soviet Union did play a very crucial role in helping the Vietnamese win the battle so rumor had it they wanted access to the U.S.’s former bases in Vietnam, however, Ngo Dien Vietnamese Diplomat in charge of press waved away any rumors. The Vietnamese folks were extremely excited about their new found powers and being able to break away from Imperialism that they gloated about it and celebrated.

China felt like they were the most supportive in Vietnam’s victory but the Vietnamese did not see it that way and therefore the Peking withdrew its help slowly but surely. With Peking’s move, the Vietnamese were extremely upset and ready to make a statement towards them. A Vietnamese representative (Duan) traveled to the Soviet and signed a joint communique which in the eyes of the Peking was an act against them.

Vietnam formed relationships and allies with Southeast Asian countries as a way to reiterate their power. Overall Vietnam’s role in history is quite similar to American’s because with the power it gained after the civil war, they also made allies with other countries, built a military and made moves that scared off enemies and rivals.

Indochina is composed of three countries: Vietnam, Cambodia and Laos. The history behind these three countries are interconnected and date back as early as 200 B.C. The relationship between these countries have continuously been shaped by China’s motives, and its involvement in Indochina. We can see the borders and boundaries that make up these countries today, but this was not always the case. The origins of Vietnam are still debated today among historians. The Vietnamese are argued to have first appeared in the the Gouandong Province of China, and the first Vietnamese kingdom was in the Chinese annals (110). Even though these origin stories are incomplete, one thing Chanda discusses is that there is “a common struggle” that has always created a sense of brotherhood among the Indochinese nations.

This “common struggle” is rooted in China’s sovereignty and power. Throughout all of history, we see that Laos, Cambodia and Vietnam have a tributary relationship with China as it remained superior with greater land, a large population and superior power (112). This tributary status would only be granted to these countries if they paid their respects to China, and accepted Chinese invasions on certain occasions. This led to an unusual relationship where China would protect these countries, yet also attack them when it wanted to. This is the common struggle that made the Indochinese countries become so interdependent. It is almost impossible to separate these nations when it comes to war. If one country was at war with China, then so were the other two.

The historic interdependence between the Indochinese countries allows us to understand the Vietnam War in a better and holistic way. We have come to believe that Laos and Cambodia became involved in the Vietnam War, even after claiming neutrality, because of the United States. Although that is true, we see why the Vietnam War could not have just been only a war in Vietnam. As Chanda reiterates in this historical account of Indochina, a war in Vietnam means war for Laos and Cambodia. Independence for Vietnam means liberation and independence for Laos and Cambodia. The power struggle against China for these countries, especially Vietnam continues throughout the remainder of the chapter.

Chanda discusses that China wanted Vietnam to withdraw its power for its support towards the Khmer and Laos resistance government at the Indochina Conference in Geneva (126). China wanted to recognize the independence of Cambodia and did not want Laos and Cambodia to be taken over and become American bases. Furthermore, China wanted to maintain its security, defend themselves did not want any attack from the United States, nor the United States to expand westernization and imperialism. China wanted the Indochina to be independent and show the world it was a powerful socialist state that focused on its national interests. The reasons why China was involved in the Vietnam War goes back to its precedent war, “The Korean War.” The People’s Republic of China was involved in the Korean War because it feared that US troops would invade its region, the spread of capitalism and imperialism. We also learn that Chanda discusses China’s Leader Mao Zedong supported the Vietnamese Communists and provided resources and food (129). After China’s involvement in the Korean War, history continues to repeat itself with China maintained its political power and political friendship with Vietnam and Indochina nations. Moreover, China did not want Vietnam to dominate the Indochina region because it wanted to maintain its national interest over its enemy the Soviet Union. At that time, the Soviet Union was China’s enemy and China’s message to the world was it was a powerful nation through politically, socially, culturally and wanted to contain Western imperialism and “the Soviet Union tiger.”

Throughout history, there were tensions between the Khmers, Vietnamese, and Chinese. Chanda’s epilogue focuses on the aftermath for the Vietnam War and how can we maintain peace within the Indochina region (408). After the Vietnam War, Vietnam was more concerned in solidifying its government, its the Communist party, and reconstructing its economy. It was not as concerned about the consolidation of Indochina. This leaves us to think about “What is the future of Indochina and is there ever going to be peace positive relationship in the Indochina?” China was a superpower in controlling Vietnam and for dominating the Southeast Asian region. In addition, this goes back to how can lessons be learned and prevent the repetition of history? This comes from nations understanding one another and China would need to acknowledge Vietnam’s concern over the Indochina region and Vietnam would need to understand the national interests of China. 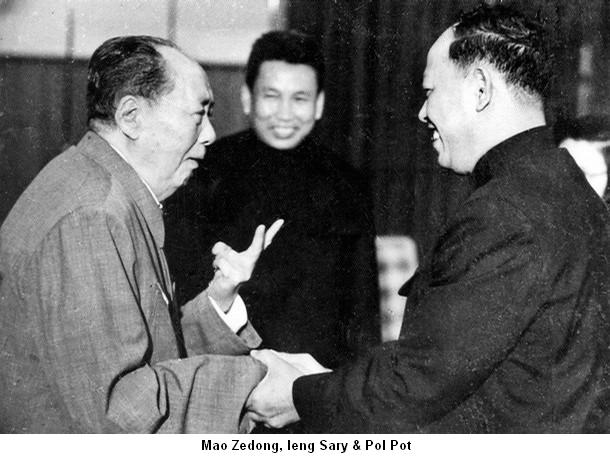