The book Nothing Ever Dies: Vietnam and the Memory of War by Viet Thanh Nguyen is an engaging read who's framework revolves around a quote by Dr. Martin Luther King Jr., “If America’s soul becomes totally poisoned, part of the autopsy must read ‘Vietnam’” (Nguyen 1). Nguyen utilizes Dr. King’s prophetic statement as a vehicle to help the reader ponder these questions:

Chapter 5, “On Becoming Human”, presents an interesting fact that has long been hidden from the history of the Vietnam War -- South Korea’s allyship with the US and atrocious acts committed towards the Vietnamese during the war. Nguyen describes the extent of effort to which Korea has gone to re-narrate their actions in the war to their country through propaganda and the establishment of museums, which portray Korea as a great power, virtuous, and commanding. Through Korea’s allyship with the US, Korea also underwent an economic transformation surgically refashioning their war memories, paralleling their reputation for “reworking themselves with plastic surgery” (132). Through this “weaponized memory” as Nguyen puts it (134), Korea has strategically forgotten and re-narrated parts of the war that depict them as blameworthy in order to “beat their hearts back to life” (3) and simultaneously created a memory that is not so “black”.


As predicted by Dr. King:


If we ignore this sobering reality, we will find ourselves organizing ‘clergy and laymen concerned’ committees for the next generation . . . We will be marching for these and a dozen other names and attending rallies without end, unless there is a significant and profound change in American life”. (2)


This is exactly what we are seeing with the current conflicts in the Middle East, reminiscent of what happened in Vietnam. There has not been a “profound change in American Life” as Dr. King warned. As a result, a pattern of war, corruption, re-narration, blood-shed and dominance continues. Changes, such as showing responsibility for your actions instead of hiding behind false narrations and fictitious tales of morality, is what the entire planet needs to take place for the cessation of these heinous crimes that go unheard of and unspoken of. 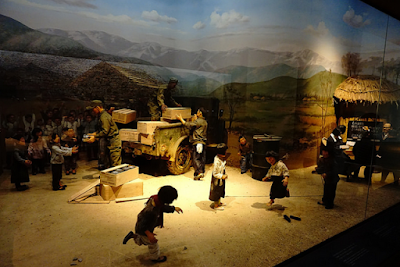 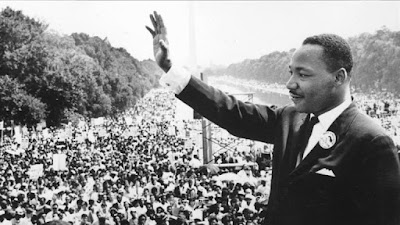 Source: Nguyen, Viet Thanh. Nothing ever dies: Vietnam and the memory of war. Cambridge, MA: Harvard U Press, 2016. Print.
Posted by Unknown at 8:11 PM