As this class continues, I realize that the Vietnam War is one of the most complex historical events I have ever learned about. There seems to be so many sides to the story, and it is difficult to pinpoint who to blame. However, it is clear from Nayan Chanda’s The War After the War that U.S. involvement in the Vietnam War caused more trouble and heartache than it would have if it did not get involved. As I read this chapter about how the Indochina countries of Vietnam and Cambodia became rivals after the U.S. left, it reminded me of a term I learned in a previous ASA class that I took: blowback. The term blowback refers to the unintended consequences and side effects that wars have on involved parties. The U.S. got involved and caused so many deaths, but they were not prepared for the years of damage that fell upon the Vietnamese people and other Indochina countries. Furthermore, I did not know that the Chinese were involved with the Vietnam War prior to reading Chanda’s book. This continues to prove the lack of a complete history, inclusive of all countries that were involved in the Vietnam War.

Question: How does it benefit the U.S. to keep these histories a secret from the general public and from students in high school? 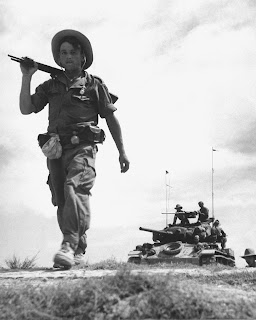