Chemical warfare has had devastating effects on humans since the invention of mustard gas, but none have had such lasting current day effects as Agent Orange. Agent Orange, a combination of herbicides and dioxin used in the Vietnam War was used by the U.S. to drive Northern Vietnamese soldiers out of hiding, but devastated all of Vietnam. It wiped out crops, jungles, animals, and caused horrible malformations to human fetuses. The worst part, was the U.S. government attempted to cover it all up. In April of 1969, the U.S. military released a statement saying "ORANGE is relatively non-toxic to man and animals. No injuries have been reported to personnel exposed to aircraft spray." The true scientific effects of Agent Orange weren't fully understood until the 1970's, and a full scale lawsuit wasn't filed against the manufactures of Agent Orange until January 30th, 2004. This lawsuit was dismissed. Even today, the U.S. ships pesticides that were banned in it's own countries such as India so they don't loose any profits. Children are still being affected by pesticides, be it from left over Agent Orange, or from new toxic chemicals still being produced today. 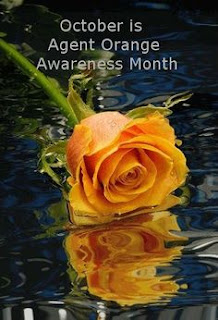