In “Nothing Ever Dies,” Nguyen discusses that Vietnam War was considered as Americans fear, loss, and silenced (2). Even though the United States lost the war, many of the Vietnamese victim’s narratives are still unheard, unrecognized, and the truth is hidden. Furthermore, Nguyen relates the Vietnam War experience to the recovery after the Korean War with many Koreans adapted to the capitalist system and was successfully driven by the American style (131); Korea also developed itself into a reputable nation under capitalism with the emergence of Korean pop culture, expansion of military production and weapons (134). With this, Korea has been under control by the United States and given the power to expand as a nation eventually its entertainment industry. Struggles and narratives are erased and the recollection of the Korean war was not spread to the global level. Nguyen discusses that Korea has immense power under US influence, mistreated the Vietnamese, subjected women, and even implied racial slurs (142). This goes back to the US is a giant power wants to contain less powerful nations through capitalism and superiority. Nguyen also discusses that many immigrants, refugees have a voice, but are voices are marginalized and oppressed (199); Refugees and Vietnamese Americans are not able to speak on behalf of their experiences (210). This continues to relate back to the silencing the voices of immigrants, minorities, and the history/truth continues to be hidden. As for the SEA community, this relates back to the preservation of one's narrative and understanding that the Vietnam War has many different perspectives. Many Vietnamese local’s perspectives continue to be left out and truth is left out. This focuses on community’s efforts in preserving history, narratives and continuing the educate the younger generation. According to Zhang, many of the younger generation of Chinese are not even aware that the Chinese Cultural Revolution, a disaster in Chinese history, even existed (2). The youth sees that China is powerful nation continuing to make changes and impacts at the international level. Many Chinese Americans are not even aware of the Chinese Cultural Revolution, family’s immigration story, history, and narratives. There continues to be a need of support and for community efforts in order for Asian Americans and minorities to learn about their family’s immigration story, roots, and narratives. 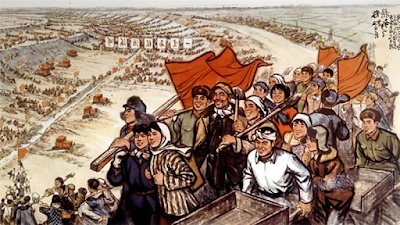 Question: What are other ways to provide safe spaces for our younger generation to learn about history and retain narratives?