In Nick Turse's book, "Kill Anything that Moves: The Real American War in Vietnam," he powerfully unveils significant stories and narratives from the war in such a raw, but necessary, way. I honestly feel heavily about this week's reading and theme, Liberal Academic Perspectives, because for so long, I've felt robbed of my right and privilege to learn about my hxstory. During the rare occurrences when SEA hxstory would be mentioned in any of my classes, they were depicted in vague and redundant ways. Very seldom were there elaborations and attention to detail the same way U.S. centered hxstories would be addressed. However, when reading Turse's book, I felt almost a sense of relief because for once someone was sharing the in depth details that need to be known. Turse shed light to the atrocities of the war and unveiled the raw motives behind many of the U.S.'s actions. They apologetically uncovered the conquest-driven motives behind the U.S.'s actions during the war.

For so long the U.S. has censored the details of hxstory, especially the details and truths which portray them in any negative way. Whatever narrative they choose to emphasize and portray, folx will openly accept, but it should not be this way. This has caused generations of trauma towards communities who were affected by the U.S.'s actions, and unfortunately results in a domino affect where future generations are left to internalize these traumas and negative effects.

Turse tried to shed light to the many perspectives that the U.S. has long tried to hide. This country has turned a blind eye to the atrocious acts that were once committed, but through his book, he perseveres and tries to expose the wrongful motives of the U.S. while also highlighting narratives of SEA communities and its people. Turse discussed the My Lai Massacre in which soldiers committed mass murder on a village in Viet Nam. Much of this massacre is not discussed in textbooks in schools, and that is why Turse so heavily discussed it in detail in order to shed light on the pain and suffering that folx had to endure at the hands of the U.S. 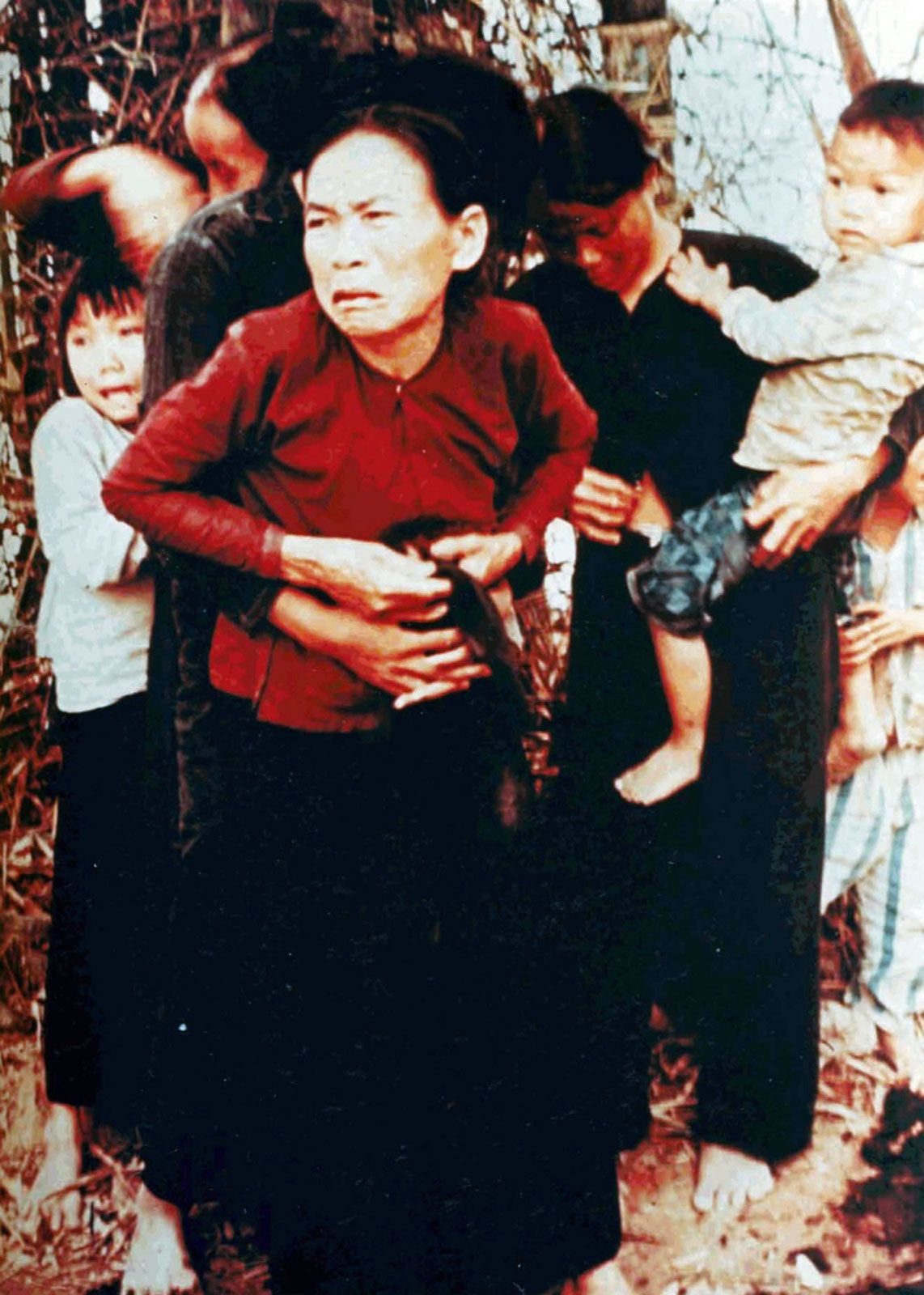 Above is a photo that was taken of Vietnamese citizens during the My Lai Massacre. This photo truck me because it put a face to the narratives that I read this week in Turse's book. This is only one of many Vietnamese people who had their lives uprooted and negatively affected because of the U.S. and their fixation on conquest. A question I found myself asking this week was, how is it seen as "okay" or "permissible" for the U.S. to hide these details of hxstory in the shadows? Why is it so openly accepted that the U.S. manipulates the narratives of hxstory?