The readings for this week, Kill Anything that Moves by Nick Turse depict not only the horrors of war, but the atrocities that were committed onto human lives not for war, but for conquest. War crimes as we know them today, are heavily scrutinized after the wars are done, if you've lost that it, but seldom addressed during the battles. Rapes, killing unarmed civilians, torturing children, these are all crimes and human rights violations under the Geneva Convention; and yet American soldiers are notorious for participating in them.

During the war, many Viet people who had nothing to do with the fighting, battles, or had even given a thought to the victor, were gunned down when they had simply been going about their daily lives. They lived under occupation, conquest, and American imperialism, but were expected to say thank you when it was all over, to be grateful. And thats a common narrative for the wars that America participates in, but are rarely ever prosecuted for.

Talking in class about controlled narratives are what I believe to have been important concepts during these readings. The narrative that has been spoon fed to us in our school system is that our country was helping Vietnam fight for their freedoms, for democracy, that a lot of men boys died fighting for this cause. And as we get older they let smaller half truths slip through the cracks. That not everyone chose to fight, that not everyone stayed and fought, that the war was unnecessary but surely not our fault. This is all a narrative, propaganda practically, given to us by our country. This is the narrative that has been produced, the story that has been told, and we didn't even have to win the war in order to do it. It's said that the survivors and the winners are who tells you what happened, they decide what history will say. But the U.S. didn't win. And yet we still have somehow managed to tell the greatest lie, one we still use as an excuse for many fights today.

Why are we are still allowed to say, "It was a just war,". 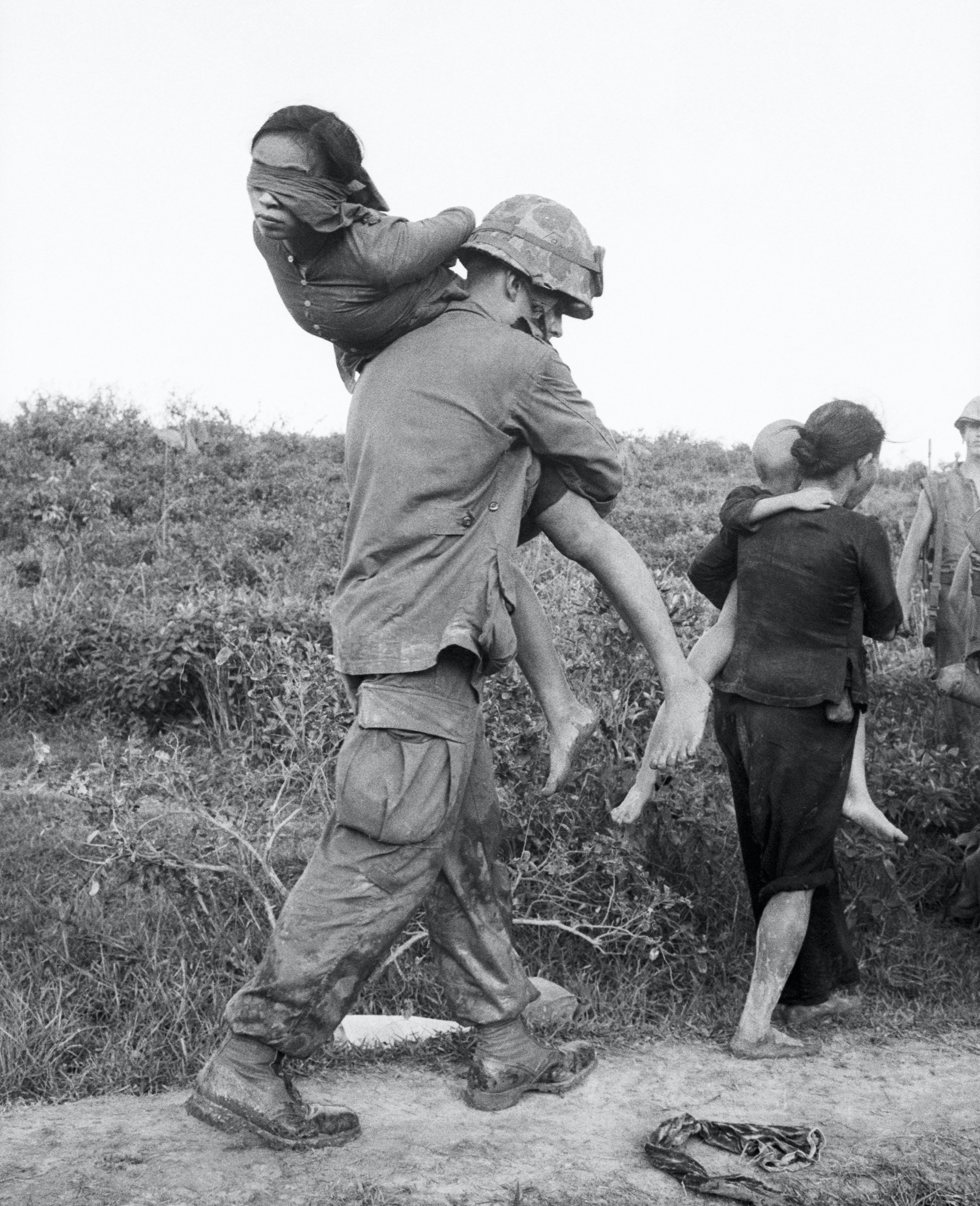