This week we will be able to delve into the lives that the Vietnamese soldiers lead during the Vietnam War. I enjoyed reading about this because this was the first time that I really got to hear about how the Vietnamese people felt and what they went through while they were soldiers. Nathalie Huynh Chau Nguyen gave Vietnamese veterans a chance to speak of the war from their perspective and it's nice to see it from their point of view for once. It seems that just like today, America hides outside perspectives and only lets Americans know about problems that American soldiers face so that they won't face any backlash. By hiding the reality, they dehumanize the outsiders and desensitize what they are doing to them/their lands. 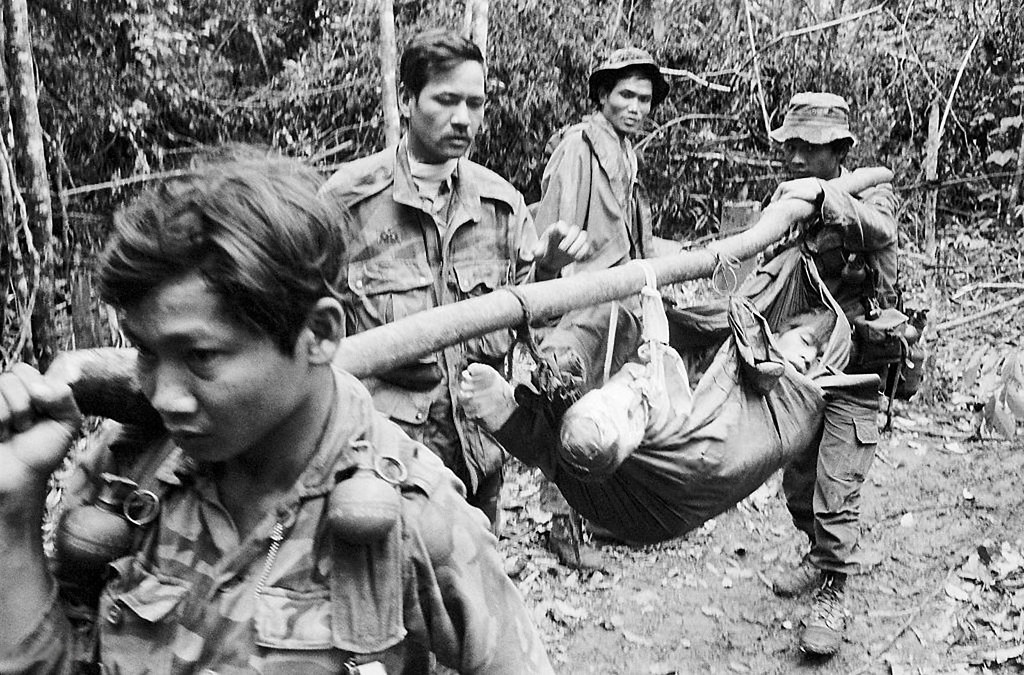 In South Vietnamese Soldiers: Memories of the Vietnam War and After, Nathalie Huynh Chau Nguyen covers friendships and sacrifices made during the war. Nguyen mentions that "friendships among soldiers during wartime are poignant" (Nguyen, 110). She says this because during the wartime people made friends that could have became great friends quickly due to the trying times that both parties were going through. The downside of this though is the fact that any friendship made during that time could be, as Nguyen puts it, "suddenly shattered forever by death or division" (Nguyen, 110).
She got the chance to interview veteran Nguyen Huu An, who gladly told her about his friend Tran Dinh Tu. According to An, Tu was a commander and when Tu was told to surrender, he went against said order because he wanted to fight until the end. Even though An did not know about this until after Tu's death, he still spoke of him with respect and it is clear that he did care about him.
These readings really shed some light on how Vietnamese soldiers lived their lives during the war and helped me to understand a bit more of the behind the scenes that America hides from us.

Question: Does America purposefully keep information about Vietnamese Veterans out of textbooks? Doesn't that dehumanize them?