In Nick Turse’s Kill Anything that Moves: The Real American War in Vietnam, he unveils the hidden atrocities committed by the U.S. soldiers and suffering that Vietnamese people had to endure as a consequence of military operations. For example, the My Lai massacre was a planned operation instructed by high ranking U.S. military officials, but most of the operation concealed from the public. The unbelievable number of casualties and deaths of South Vietnamese civilians are vaguely viewed by Americans as a matter of mistakes and collateral damage from the war (Turse, 14).

I remember learning about the Vietnam War in AP US History class, but it was brief and taught in a Eurocentric perspective. US History classes omit the same facts and statistics to portray the US as a heroic nation during times of war. However, the lack of dominant narratives and experiences from the Vietnam War create a disconnect for the SEA community and their history. Those involved in the war have their voices hidden and many may even have PTSD that is never discussed. It’s difficult when many stories like the My Lai massacre have been hidden, because the public or our SEA community can not fully understand or empathize with Vietnamese people who have faced these traumatic experiences.


Question: Why did American journalists routinely disregard the My Lai Massacre? How can we illuminate the forgotten stories about this atrocious operation? 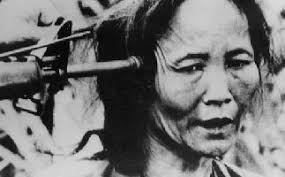 Citations:
Turse, Nick. Kill Anything that Moves: The Real American War in Vietnam. A Metropolitan Book, 2014.
Posted by Unknown at 12:56 AM