Through the reading of Nick Turse’s "Kill Anything that Moves",  the author reveals the brutal behavior of the American army in Vietnam during the War.  Like massacres of civilians, rape, concentration camps, chemical weapons, the bombing of civilians, etc.
At that time, the My Lai massacre was just one of the tragedies. Moreover, due to the "body count", some army deliberately created corpses in order to gratify superiors and promotions. And the army or government tried to cover up the real situation, and the author mentioned that the submitted documents would disappear. A large amount of data about war times has been destroyed or missing.
In fact, the US government has never apologized for the damage about the Vietnam War has done to Vietnam.  Even President Reagan said, "It's time that we recognized ours was in truth a noble cause. We dishonored the memory of 50,000 young Americans who died in that cause when we gave way to feelings of guilt, as if we were doing something shameful. " It's ironic that the killers need to be remembered, but those who have been killed have never been remembered. Especially the trial of war criminals about My Lai massacre. Under strong pressure, the cases disappeared one by one or indicted soldiers were released in court. This reminds me of a very classic experimental about blind obedience. The results are people have a tendency to obey authoritative orders, even if the order violates their own morals and principles. And many war criminals have still not been prosecuted or punished.  The reason given by some of the war criminals was to obey orders. Should there be high-level military undertake responsibilities? 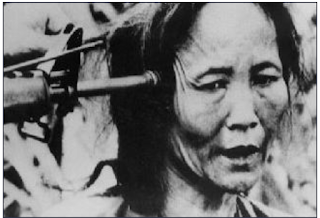