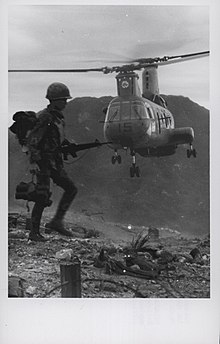 Reading the story of An and Tu had me wondering about the disconnect between what had happened during the war. Ultimately, even as a Vietnamese American I don't really know much about the war from a non-American point of view. I also remember even sitting in my 11th grade history class and having my teacher say that due to shortage of time, we would be skipping over the Vietnamese war as there were more important events to learn of, such as, ironically, Woodstock. Thus this became the narrative that was painted for me as a student. I can only imagine how someone, with absolutely no personal connection to the war, can simply see it as just another war that can easily be "skimmed over". It raises the question of how many other stories of the war has been forgotten by the general public and unlike Tu's, was never reconstructed. It also makes me wonder, if there was a more effective way of uncovering the true truth of what occurred in the war rather than just the lengthy process of Tu's story and its reconstruction. Because to me, if Tu's story was lost, then there must be countless more that lay undiscovered and not everyone has an An to put in the work to recreate their friend's story and I truly believe that the uncovering of these stories is what will eventually shift the narrative for the general public.