In Kill Anything that Moves: The Real American War in Vietnam, by Nick Turse, he explores the atrocities America committed in Vietnam. The massacre at My Lai is one of the most significant events during the 1960s in Vietnam. A small group of poorly-led soldiers went rogue and gunned down civilians. During this era, there was no television, social media, and media to inform the public immediately about what was going on in Vietnam. To win the war in Vietnam, America had the idea to combine technology and economic prowess to guarantee success on the battle ground. Throughout the Vietnam War, war managers from the United States and Vietnam often discredited the correct amount of dead corpses. Turse comes to understand that most of the atrocities were committed with official sanction. Furthermore, they were committed because of the United States policy that demanded body counts, number of “enemy killed”, as the borderless war’s only metric of accomplishment. Turse states, “U.S. commanders wasted ammunition like millionaires and hoarded American lives like misers, and often treated VIetnamese lives as if they were worth nothing at all”. Therefore, many American officers seeking validation and promotion, made it clear in case after case that their troops must come back from the field with a high body count. When the body count numbers was not enough, orders were given to sweep through areas and kill anything that moved. Once reality became so flexible, soldiers lost touch with any standard and rules were created to allow them to “kill anything that moves” in Vietnam.


Why did the United States had the belief that innocent civilians are their enemies during the Vietnam War? 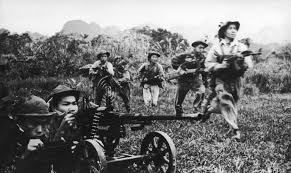