In Yen Le Esperitu’s Body Counts, she discusses the concept of “good warriors” and the “good refugee”. The American public was adamantly against the Vietnam War, and the returning U.S. soldiers were scorned and shunned because of their involvement. Esperitu speaks about the Vietnam Syndrome; after losing the Vietnam War, the U.S. was humiliated because they were supposed to be seen as an undefeatable “world power”. To change the narrative, the U.S. sentimentalized stories of American soldiers and what they lost because of the war. It was to humanize the stories of U.S. veterans and to separate them from the U.S. military and what happened in Vietnam.

While the stories of U.S. veterans were told, the refugees were not awarded the same sentiment. The war left extreme devastation in its wake, and the U.S. failed to mention how this affected Vietnamese society and refugees living in the states. The U.S. loves to brand itself as the land of opportunity; if you work hard enough, you will succeed and rise up in society. Esperitu speaks about these “rag-to-riches” refugee stories and how incredibly misleading they are. The success stories ignored the struggles that refugees and immigrants endured. They do not mention the difficulties of employment when you don’t speak a lick of English. They do not consider those on welfare, and how education and “rising up in society” can be out of the question when you are alone in a foreign country and just trying to survive. It is important to not paint a whole community with only success stories, because doing so shuts down the opportunity to help those in need.

Question: Even now, the idea of “model minority” is still well and alive in the U.S. I believe this is actually detrimental to the SEA and Asian community in general because it erases and ignores our pain and the struggles we’ve endured. Even within the community, struggles are not often spoken about because we want to uphold a certain “face”. Moving forward, what steps must be taken to promote and facilitate conversation about issues that affect our community? 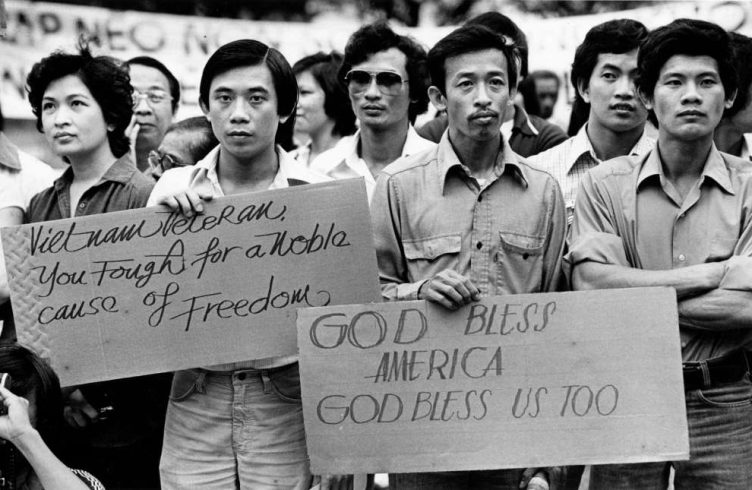