The biggest thing I’ve realized about this week’s readings and topics were about how skewed U.S. history has been taught in the educational system. A lot of it has been focused on the reasons why and how the folks were able to overcome adversity through these wars. It may be one of the main reasons why I personally don’t like history to this day. Just learning about the massacres that had occurred during this time something that may be too graphic for high school textbooks, but some kind of truth needs to be stated somewhere. In relation to the Southeast Asian community today, this could help to explain why a lot of us at our own younger have this identity issue of where we come from and where we belong. This new American identity that we were given doesn’t full fit us because our trauma still lies with our families’ past. The question I have here pertains to the hidden voices of war. Where can we start a foundation for those who have been silenced for so long because of historical secrets? It’s become so disheartening to see that these untold stories have become stories of glory instead. My sense was that there were always “bad people” that we, the U.S., were fighting against, but in actuality, there is a whole lot larger and deeper perspective to the many facets of this war. 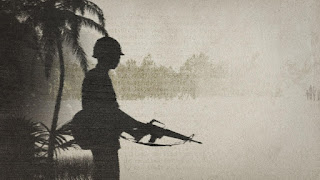