In the readings, one quote that stood out to me referred to an oriental presentation of white women encountering a savior complex. Although I have seen this before in how some people approach charity work, the quote stood out to me because it made me question my own motives for my life. It stated that, “elite Western women tend to conceive of marginalized women in their own society as well as non-Western women as victims of patriarchy in need of rescue by their more enlightened sisters” (Judy Tzu-Chun Wu Pg 6). I don’t feel that way about other women in the slightest, or at least they were my first reaction. There are so many women out there who are all working on their own paths who hustle way harder than I do. Many of these women also have encouraged me to question my own major choices and if I am living out my dream or that if my parents. However, what I can question are my initial reactions to different cultural practices than what I have grown up with. Sometimes I’m caught off guard by something and it takes me a minute to evaluate it objectively rather than emotionally. Like the time I tried salty duck egg for the first time. It was not something I had eaten growing up so in my mind I marveled that anyone could like it. Although I personally did not appreciate the flavors as much, I should have considered that others have different tastes than I do. For a second there I did look down on the duck egg, but instead I needed to understand what a delicacy it is for some cultures rather than think my way of having no duck egg was better. As the chapter continued it explained the struggles of multiple groups, culture, during the height of war. However, one common thread is that all women from all the different groups represented looked past the culture clash duck eggs to promote peace. My question is what duck eggs are we letting get in the way of working together for social justice? 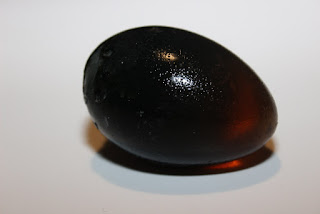