When thinking of war it is easy, or perhaps a result of propaganda, to think of young and fit men happily fighting for their countries freedoms and safety. But war is often fought on top of the bodies of boys, teenagers, reluctant farmers, and brothers of opposing sides separated by imaginary boundaries. Nathalie Huynh Chau Nguyen writes of the juxtaposition of executions and the bonds of these men and women in, "South Vietnamese Soldiers: Memories of the Vietnam War and After,". Whether you follow the regurgitated American narrative of a just war, the misunderstandings of men, or the means to an end of Communism, one agreement is the death toll. So many millions of lives were lost. Soldiers in the jungle, fearing for their own lives, and the lives of the comrades who fought besides them. It must be a feeling worse than dying, to know that no matter how hard you fight for your brothers in arms, or for your families, the men around you are likely to be soon gone, and you will not be far behind. This bond of war has stretched across the borders of Vietnam, a stitch of thread to tie the boys and fighters of a rich country's conquest, to connect people who may have not even met. And this concept of friendship and connection is hard for some to grasp, but I have seen it in my short life. I am 24 years old, from a lower income area, and most of the boys that I went to school with enlisted in the military. The teenagers I knew left for Afghanistan and Iraq, and they returned as men I had no recollection of, or they did not return at all. But they acknowledge those who had served with them, or near them, or at all. Because only someone who has been to fight someone else's war, has seen the battlefield, and has had to bury their friends, can understand the bonds of Friendship and Sacrifice. 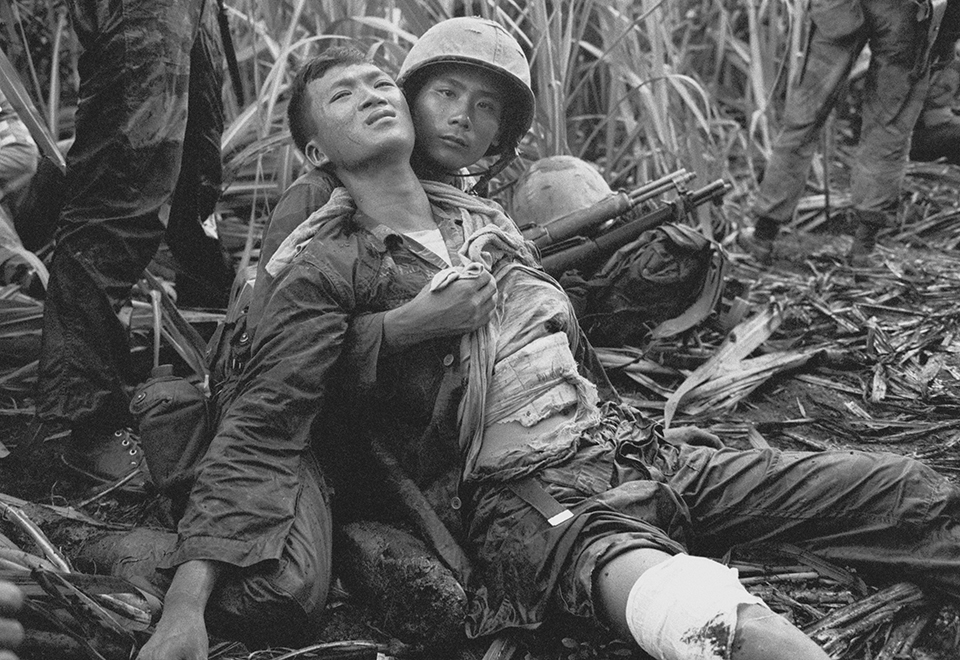 https://www.motherjones.com/politics/2017/09/ken-burns-the-vietnam-war-lynn-novick-documentary/
Posted by Unknown at 1:26 AM