On one hand, international sisterhood erases struggles that derive from culture, class, or race, but on the other, it unites women globally on equal ground. Many women sympathized with the victims of the Vietnam War, which produced a conflicting concoction of Orientalism & feminism. It identified inequalities within different groups of women and strived to correct these dysfunctions. However, it also viewed Southeast Asian women as "Third World" women, indicating an uncivilized life. Vietnamese women were praised for being female warriors, "bear[ing] the responsibility of defending her home and homeland in order to become a wife and mother" (203). Vietnamese women during the Vietnam War actually cultivated more allies than any other country, or countries, at war could have. Many organizations were formed during the Vietnam War that united many different ethnicities across the globe together. The benefit of these organizations was that their unification transcended cultural barriers and allowed people to learn about the vast spectrum of different experiences. It is unfortunate that none of these organizations truly made a lasting impact on U.S. political agenda, and that it is not common knowledge that groups like these existed. But, their existence gives me hope and shows a beacon of light in an otherwise trying time where Vietnamese people were harmed and taken advantage of as a nation to further the U.S. Are these organizations still around today now that the Vietnam War has ended? In the current age, will we be able to enact international female support once again, and this time, implement it into government policy? 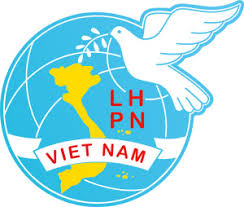