In Judy Tzu-Chun Wu’s “Radicals on the Road: Internationalism, Orientalism, and Feminism During the Vietnam Era”, she elaborates on women’s role in the Vietnam War. In chapter 7, she notes that women of Women Strike For Peace identified themselves as housewives and mothers even though their professions were wide-ranging. They did this to “protect their own and other people’s families” (Wu 196). As important as their fight for liberation was, their roles as a mother and/or family-oriented woman reminds me of Professor Valverde’s concept of “normalized suffering” and how she explained that Vietnamese women must sacrifice her own needs and identity for the sake of her family so she is considered a “philo” female. Women from the North and the South did incredible work for their fellow sisters and deserve to get the full recognition they deserve, which includes accurate representation of their identities. As the chapter went on to describe how Vietnamese women had to fight against both communism and the patriarch, it reminds me of how women today suffer a great deal based on their intersectionalities. Suffering does not only come from a single source in one’s life, and the narrative around Vietnamese women’s sufferings highlights this accurately. Women had to fight against communist rule outside their home but also the patriarch that lives inside their home. The picture I included is a Vietnam Women’s Memorial. In this movement to redefine the Vietnam War, how can we more accurately represent women in a way that both older and newer generations of Asian Americans can remain prideful of the sacrifices made by our fellow Asian women? 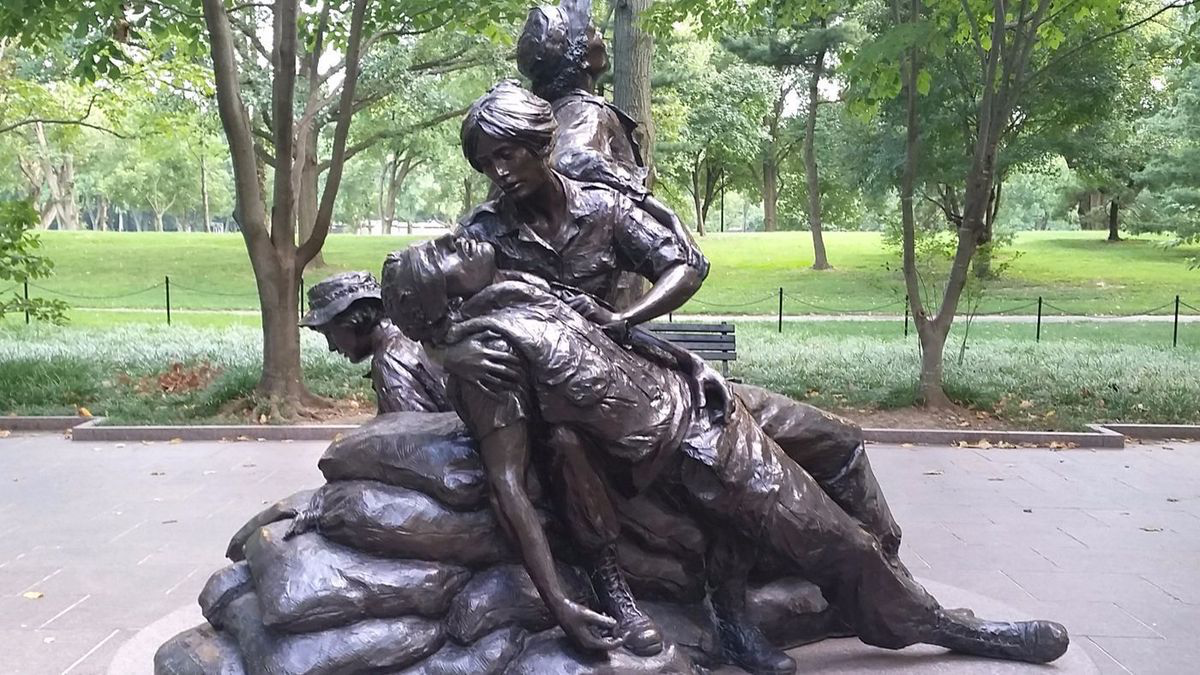