Every men and women who endured or suffered loss through war has a story. A narrative telling the story of those whom served, those whom suffered and those whom died all too soon. Every perspective, ill regardless of who or where they were during the time of war, every individual has a narrative that needs to be told. However not all narratives are reflected, shared or is ever unearthed to be shared. Nguyen (2016) shares oral collections/histories of love, lost and wartime of men and women during and after the Vietnam war. Stories and histories that unless sought after, will never unearth the heroic actions or bravery of those whom served, fled, or endured wartime. As in the case of Nguyen Huu An, and his friendship with Tran Ding Tu. Nguyen shares their intimate story of boy hood, friends since childhood to their last parting good-byes on the battle field, only for An to find out many years after the war had ended of the passing of his friend Tu and the last heroic actions he took to serve his country.

Now stories like these are unearthed through activists like An, who continues to support and search for long lost family, friends and surviving war buddies. But what about those whom remain in the shadows or lost among the buried in mass graves? Unfortunately, not every story can be told. Every Southeast Asian American have a story of what led them and their families to the United States. It may be war, famine or search of a better life, ill regardless, there’s a story. Stories such as these have profoundly impacted Southeast Asian communities as younger generations strive to identify with their roots yet assimilate in a rapidly changing American society. Understanding and interpretation of second or third hand historical content can become complex and confusing for second or third generation Southeast Asian American youths resulting to an emerging and budding identity crisis and intergenerational trauma among younger generations (Yang & Ding, 2018). In a report conducted by Yang & Ding (2018) through the Southeast Asia Resource Action Center, the minimal research on intergenerational trauma, lack of readily available culturally appropriate services and high rates of poverty among Southeast Asian youth has resulted to low rates of high school completion and high rates of arrest. 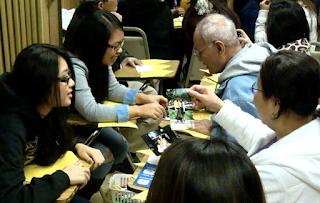 Image is of Cambodian community elders sharing personal photos before, during and after the war with youth providing first-hand accounts of genocide, life in refugee camps and resettlement.